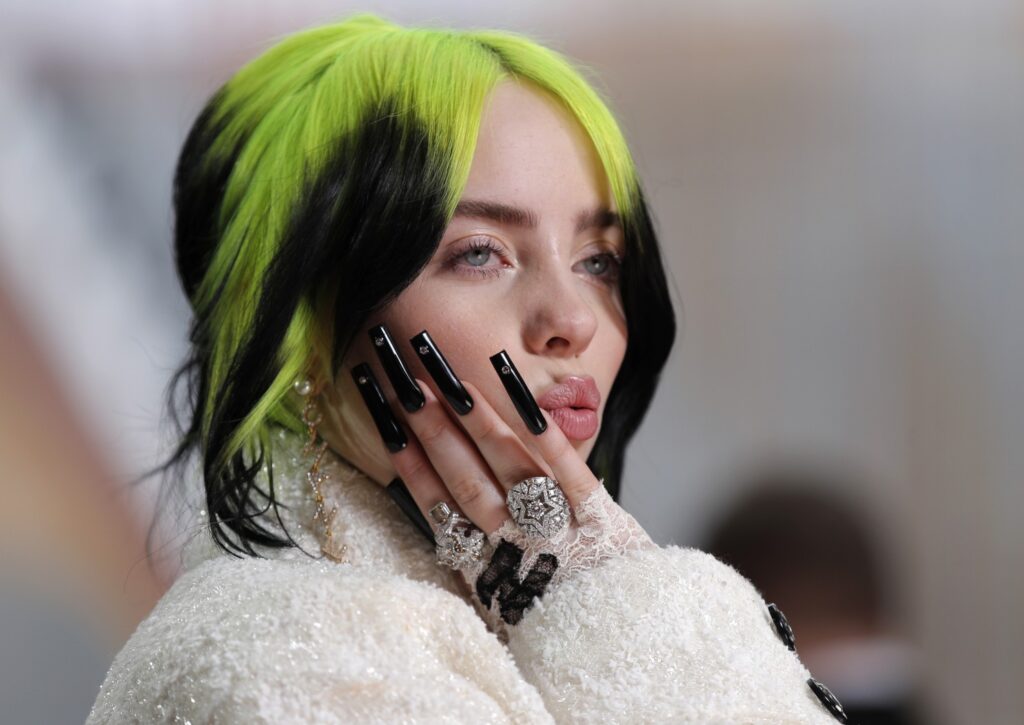 “Billie Eilish: The World’s A Little Blurry,” a new documentary about the “Bad Guy” singer and songwriter, will premiere in theaters and on Apple TV Plus in February 2021.

The film is directed by award-winning filmmaker R.J. Cutler, who previously turned his camera on the worlds of high fashion (“The September Issue”) and politics (“The War Room”). While Eilish is just 18 years old, the film has been in the works for several years: While embedded with the singer’s tour in October of 2019, a Variety reporter witnessed a film crew following the singer virtually everywhere, and was told the crew was working on an unspecified “documentary that hasn’t been announced yet”; reports of the Apple TV deal began to emerge last December. A source said the crew had been following Eilish for many months, possibly as far back as 2016.

Eilish’s debut album “When We All Fall Asleep, Where Do We Go?” was released in 2019, going on to become the best-performing album of the year. It also swept the Grammys, picking up awards for Best New Artist, Album of the Year, Record of the Year, Song of the Year, and Best Pop Vocal Album. Eilish will next be heard crooning the James Bond theme song “No Time To Die” in the upcoming 007 adventure of the same name.

Apple has lined up several buzzy projects since entering the streaming wars. The tech giant scored with the Jennifer Anniston and Reese Witherspoon series “The Morning Show” and had a popular hit with the Tom Hanks’ World War II drama “Greyhound.” Its upcoming releases include Sofia Coppola’s “On the Rocks” with Bill Murray and Rashida Jones and the Tom Holland drama “Cherry,” which it recently picked up for $40 million. In the documentary space, Apple TV Plus has released “Beastie Boys Story” and “Boys State.” The Eilish documentary is a snazzy “get” for the service as it is locked in a content arms race with Netflix and Disney Plus.

“Billie Eilish: The World’s A Little Blurry” is produced by Apple Original Films, in association with Interscope Films, Darkroom, This Machine and Lighthouse Management & Media.

Billie Eilish, Moby, Ice Cube and Perry Farrell marvel at the grand spectacle of Coachella in the new trailer for a documentary about the long-running music festival. The YouTube Original film, Coachella: 20 Years in the Desert, will stream for free starting April 10th.

“Everybody knows what Coachella is,” Eilish says to open the clip. “Even if you don’t care about music, you know.” Later, Ice Cube highlights the massive publicity — and scrutiny — that follows a performance at the California festival, and Farrell echoes that sentiment. “You’re gonna be judged, man, when you hit Coachella’s stage,” the singer says. “And it’s gonna be talked about for the rest of the year, so you better get your shit right.”

The trailer also features snippets from performances by Radiohead, Beyoncé, Madonna, Paul McCartney, Post Malone, and the headline-sparking Tupac Shakur hologram. Toward the end, Moby reflects on performing at the first Coachella in 1999, enthusing about the “remarkable” concept of staging a festival in the middle of the desert.

The 2020 Coachella was originally scheduled for April 10th but was postponed to October due to the coronavirus pandemic.