After the release of (very) underrated 2015 single “Break A Sweat,” Becky G decided to focus on the Latin market. She got the ball rolling with perky bops “Sola” and “Mangu,” before really finding her groove with “Todo Cambio.” The 20-year-old’s hot streak continues with a new track called “Mayores,” which just might be her catchiest yet. It features Puerto Rican rapper Bad Bunny and finds Becky successfully dabbling in reggaeton. The (formerly) gap-toothed diva is not only switching things up musically, but also visually.

Ms. Gomez is all grown up, serving looks and sultry choreography in the glitzy video. She plays a glamorous scammer, who seduces older men and robs them during sexy times. Becky has come a long way since literally singing in a shower in the video for her similarly-titled 2014 hit! Of course, the hitmaker shares her spoils with Bad Bunny and they make out before driving off with the loot. Latin-pop is experiencing a worldwide resurgence at the moment thanks to artists like Luis Fonsi and Maluma, which is good news for Becky. Watch up top. 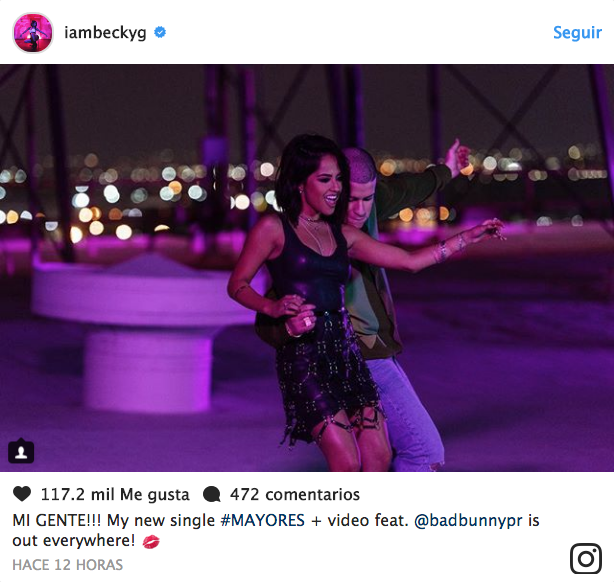