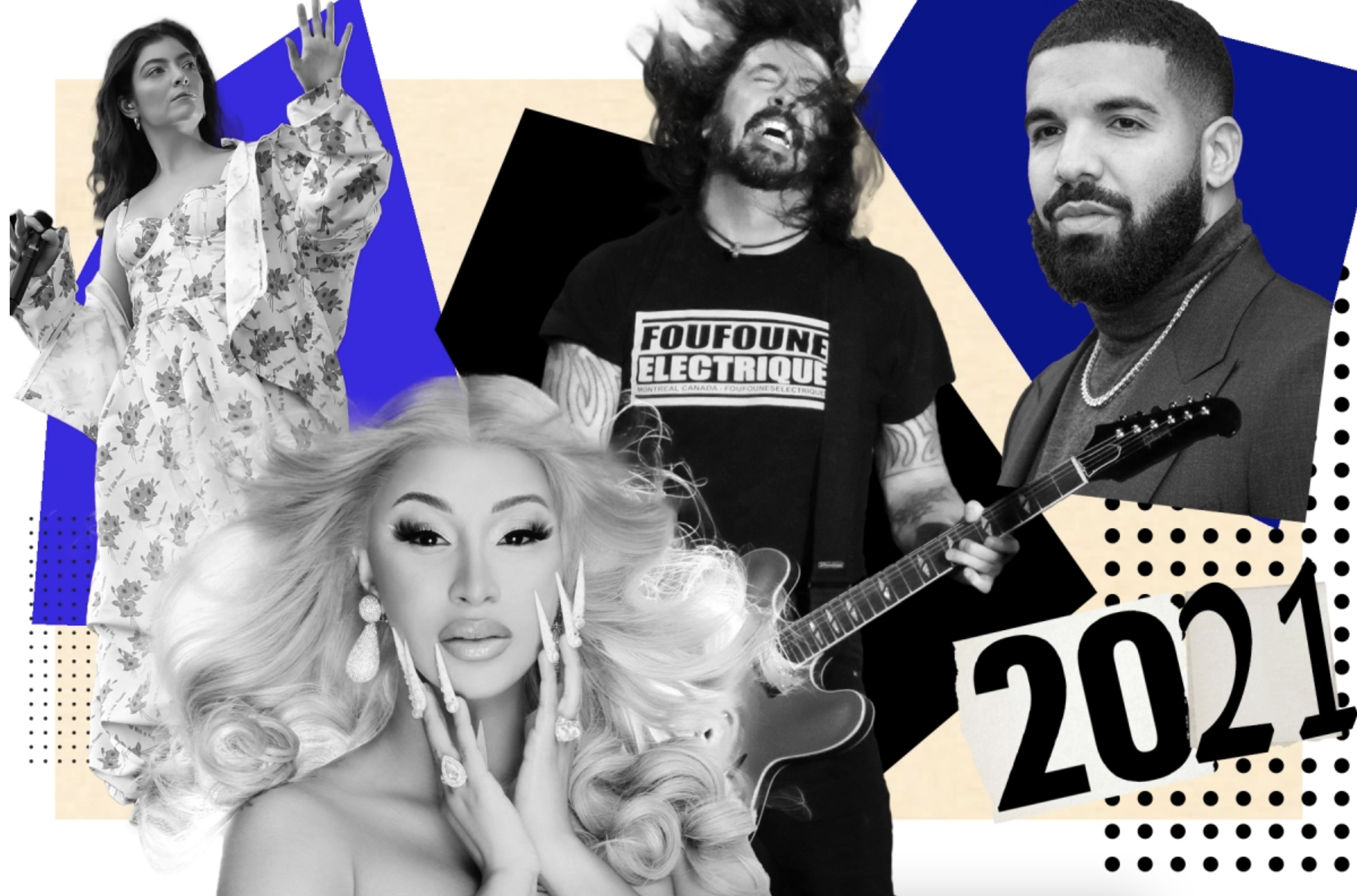 The past year has wreaked havoc on the music industry, with live music dramatically curtailed, crew workers struggling to make ends meet, and recording studios looking for ways to operate safely. Despite these serious challenges, we’ve got plenty of great music to look forward to as the new year gets underway — from some of music’s biggest names returning to their thrones to rising stars making new breakthroughs. Some of these albums have confirmed dates and details, others are just highly intriguing prospects on the horizon, and they’re all reasons to be excited about the months to come. Here are 54 of the pop, hip-hop, rock, country, and more LPs we’re hoping to hear in 2021.

A global pandemic does not suit an artist like Drake, who thrives on a steady stream of attention from the world. He was uncharacteristically quiet in 2020, save for “Toosie Slide,” from the lukewarm Dark Lane Demo Tapes. His follow-up to 2018’s Scorpion, which bears the quintessentially Drake title Certified Lover Boy, was announced via a sleek and mysterious album trailer, in which we see Drake’s impressive run of albums flash before our eyes via live-action cover re-enactments. What could it possibly mean? Here’s to hoping Drake sets off 2021 right.

Dave Grohl & Co. have spent their past few album cycles seeking adventure: making HBO docs, buying famous recording consoles, hanging with Justin Timberlake. But for their 10th album, Medicine at Midnight, they put on blinders. It’s simply the six Foos discovering their pop side with help from songwriter-producer extraordinaire Greg Kurstin (Adele, Kelly Clarkson). They explore dusky acoustic funk on “Shame Shame” and gild the rockier protest song “No Son of Mine” with daring, hummable hooks. “Our love of rock bands that make these upbeat, up-tempo, almost danceable records inspired us to make the album that we did,” Grohl recently told Kerrang. “We surprised ourselves.”

Lorde is set to release a book of photos this year from her travels to Antarctica, titled Going South, and she’s hinted that the February 2019 trip also helped inspire new music: “Antarctica really acted as this great white palette cleanser, a sort of celestial foyer I had to move through in order to start making the next thing,” she wrote in a recent message to fans. She tends to take her time between projects — her widely acclaimed Melodrama came four years after her star-making debut, Pure Heroine — and we can’t wait to hear what she’s been working on this time. “The work is so fucking good, my friend,” she wrote in another post, where she revealed that she’d begun sessions with Melodrama producer Jack Antonoff prior to the global lockdown. “I am truly jazzed for you to hear it.”

Cardi B kept her foot firmly on the gas for the entirety of 2020. There was the earth-rattling “WAP,” which became a cultural touchstone in a year bereft of cultural touchstones. There was also Cardi’s increasing presence as a social commentator; her conversations with presidential candidates offered more insight than plenty of cable-news hosts. Her follow-up to 2018’s Invasion of Privacy is on the way, according to Cardi herself, who tweeted last year about new music, saying, “Its going to hit too!!!”

Judging from “Therefore I Am,” the single Billie Eilish released late last year, the neon-haired 19-year-old will carry the gloriously introverted pop sound of 2019’s When We Fall Asleep, Where Do We Go? on to her as-yet-untitled second LP. Like on her megahit “Bad Guy,” she whispers sweet invective at all the people who have ever doubted her over a punchy beat by her brother Finneas, sounding confident and self-assured the whole time. As of a December interview with Vanity Fair, the pair were crafting 16 songs for the LP. “We’ve been working and I love all of them,” Eilish said.

Roddy Ricch had the biggest song of 2020 with “The Box,” and his debut album, Please Excuse Me for Being Antisocial, won glowing reviews. The Compton rapper prefers to see all of that as a starting point for even bigger things: “The first album was just my first album,” he told RS last year. “I’ve got to remind people of that all the time. Yeah, it was big. I had big songs on there. But that was the first time I ever even did that shit.” Let’s just say expectations for his next album, due out this spring, are sky high.

Riding off the success of her major 2019 hit “Tusa,” it might have seemed like Karol G’s star could’t elevate any further — but she had another huge year in 2020, with a couple more bangers, including the flirtatious “Ay, DiOs Mío!” and the sultry, boss-bitch anthem “Bichota,” despite recovering from Covid-19. With her momentum in full force, we can only anticipate great things for the Colombian reggaeton singer this year. “All I can tease about my new album is that it’s going to be my best one yet!” she said in a recent interview. “Fans can expect to hear it sometime in 2021. I’m working extra hard to ensure that the top album of 2021 is by a woman to inspire others that they can do it too. Let’s open the door for others! Let’s emerge from this year hopeful and full of gratitude.”

It’s been a little over five years since Adele’s last album, 25, an interminable wait for her fans. But now it seems like a fair bet that the singer will finally release her fourth album sometime this year. After hosting Saturday Night Live last fall, she joked, “I’m going back to my cave now to be the (single) cat lady that I am. Peace out til next year.” Word on the project has been scant, but news has started to trickle in. Last December, veteran drummer Matt Chamberlain told interviewer Eddie Trunk that he was recently in the studio with Adele. “I just got to work on some new music for Adele,” he said. “To hear that voice in my headphones was getting me chills.”

Chemtrails Over the Country Club was delayed due to the pandemic, but Lana Del Rey stayed inspired last year, releasing her first book of poetry and announcing an album of standards that will hopefully be released soon. She recently revealed the Chemtrails title track and trippy visuals, which include Old Hollywood-style imagery, goldfish in plastic bags, rotary phones, and, uh, werewolves. The album arrives in March, and if it’s anything like Norman Fucking Rockwell!, it will have some classic California camp ballads for us to sloppily sing at karaoke — presumably in our bedrooms this time.

Chicago’s Noname is one of the more exciting young voices not only in music, but also in all of culture. More than most artists, she’s been able to read the room over the past year, prioritizing community action over self-promotion. That doesn’t mean fans aren’t clamoring for new music. Last January, she said that her new album, Factory Baby, was on the way. Of course, this was before, well, everything else that happened in 2020. Still, it’s hard to think of a moment more tailor-made for an artist as intentional and talented as Noname.