Shia LaBeouf‘s livestream protest project, “HE WILL NOT DIVIDE US”, has been shut down.

The Museum of the Moving Image in New York City, where the installation had been set up, released a statement calling the project an “ongoing public safety hazard.”

“The installation created a serious and ongoing public safety hazard for the museum, its visitors, its staff, local residents and businesses,” reads the statement. “While the installation began constructively, it deteriorated markedly after one of the artists was arrested at the site of the installation and ultimately necessitated this action.”

Launched on the day of Donald Trump’s inauguration, Jan. 20, the performance-art project encouraged people to repeat the phrase “He will not divide us” into a camera mounted on a wall outside the museum. Participants were encouraged to repeat the phrase as many times and for as long as they want. The project was originally set to continue streaming for the next four years.

In its statement, the museum added: “We are proud to have launched this engaging and thought-provoking digital art installation which was experienced by millions of online viewers worldwide. Until public safety concerns overrode the intent of the installation, HEWILLNOTDIVIDE.US generated an important conversation allowing interaction among people from many backgrounds and with different viewpoints. However, ending our engagement with the installation is the most prudent path forward to restore public safety to the Museum, its visitors, staff and the community.”

Shia LaBeouf was arrested in New York early Thursday during a protest against President Donald Trump after he allegedly attacked a 25-year-old man
and video of the entire incident was posted online.

Days after the project launched, LaBeouf was arrested after he allegedly attacked a 25-year-old man at the installation site. Video of the entire incident was captured by the livestream camera. LaBeouf was charged with misdemeanor assault and a harassment violation, and was subsequently released from custody. He is expected to appear in court on April 7.

Following his arrest and ongoing clashes between pro- and anti-Trump supporters, the installation was monitored by around-the-clock police patrols. 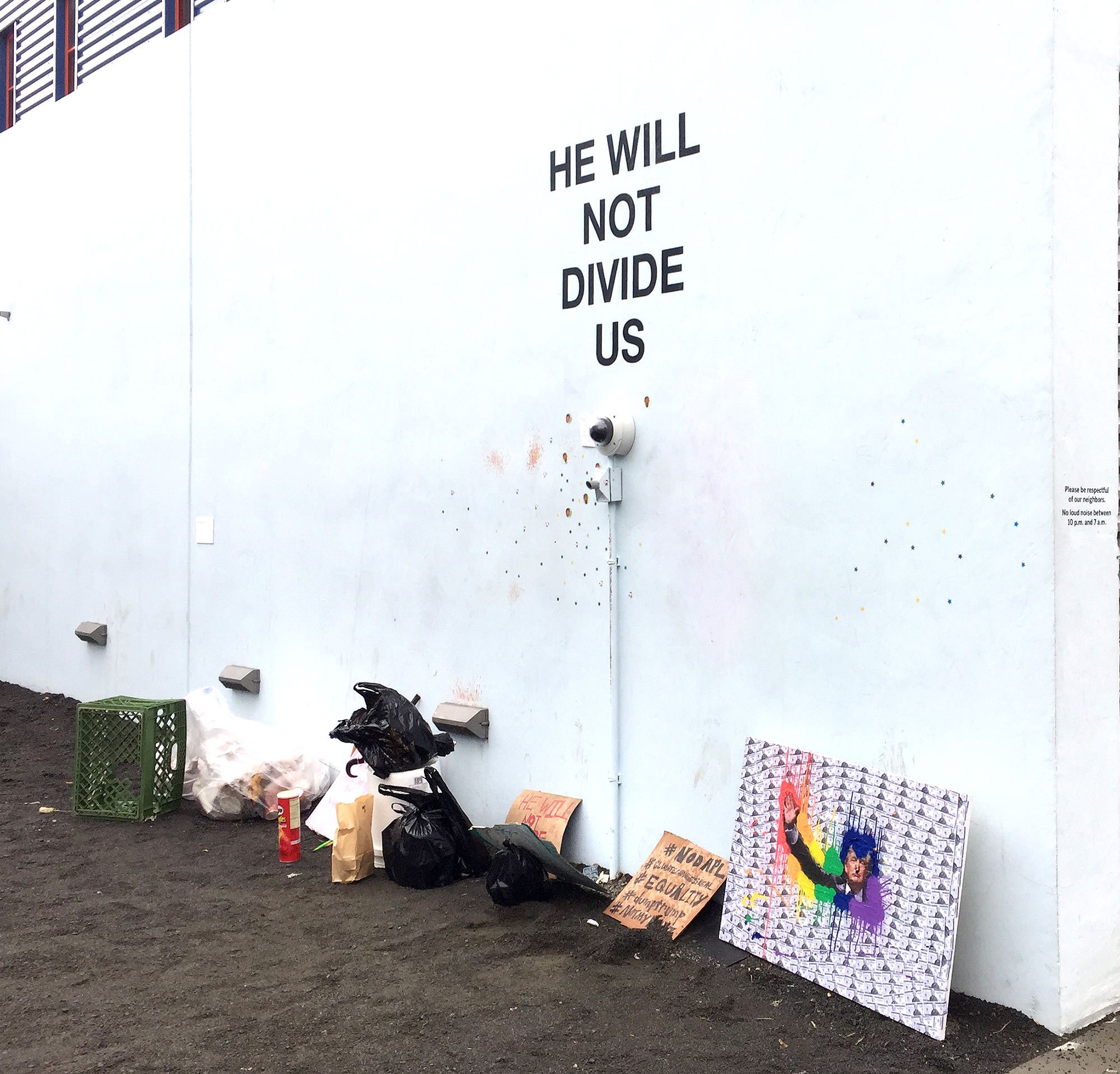