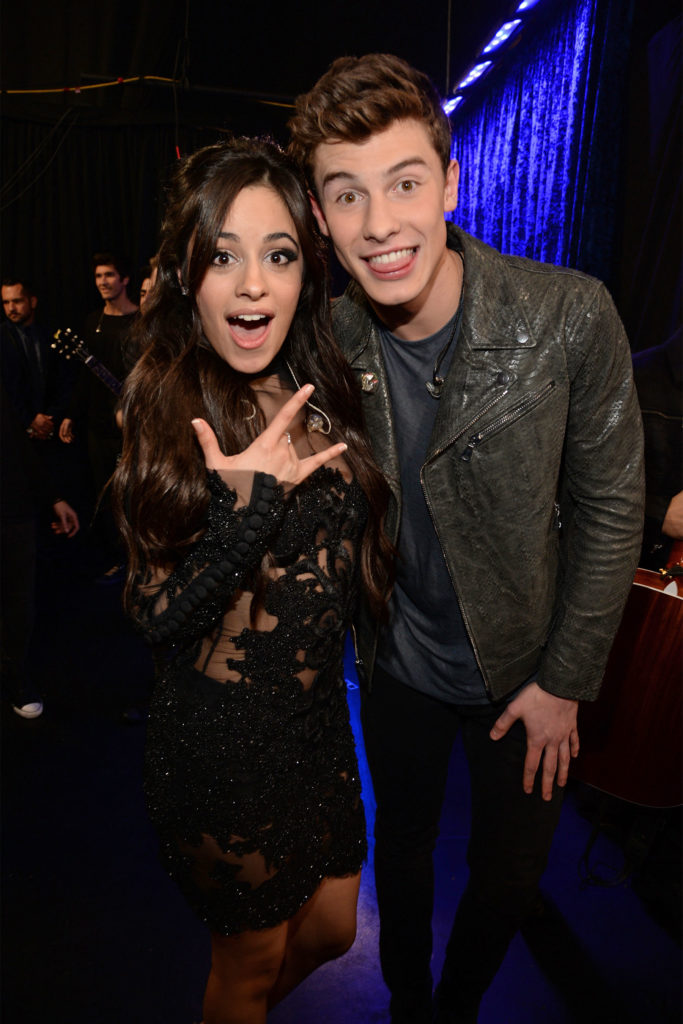 The potential new couple may have deliberately coordinated their outfits for the night out, with Mendes sporting a pair of black slacks and long-sleeved shirt with vertical black-and-white stripes while Cabello cut a chic figure in a black jumpsuit featuring a barely there back.

On Thursday, the duo also seemed to be cozying up as they celebrated the Fourth of July together. In a video posted to a fan account, Mendes and Cabello lounged together at the edge of an infinity pool, overlooking the stunning sunny landscape below them.

In the Dave Meyers-directed clip, Cabello and Mendes play lovers (she a waitress, he a mysterious motorcycle rider) who can’t seem to quit one another. The two meet in a club and have an instant connection as they cuddle up on the dance floor. That attraction boils over to a motel room, where they share a passionate evening — and morning.

“The whole music video was funny because we were both really nervous,” Cabello admitted prior to the video’s release, during a live chat with fans on YouTube. “I had to drink a lot of wine!”

The song — billed as a sequel of sorts to “I Know What You Did Last Summer” — was first teased back in December, when Cabello commented “IKWYDLS part 2????” on Mendes’ black-and-white Instagram photo of the two sitting on the floor of a room together, with Cabello holding a guitar.

But despite the finished product, things weren’t sexy the entire time on set. While practicing their moves for the sizzling dance-floor scene, Mendes didn’t quite grab on to Cabello’s hand during a sequence that required him to pull the singer towards him, causing her to fall to the floor.

“Remember when you DROPPED ME ?!!!!! @shawnmendes,” Cabello wrote June 24 on Twitter, sharing the behind-the-scenes footage with fans.

Cabello instantly started laughing when she hit the ground, asking if they got it on camera. Mendes was quick to spring to her aid and help the singer up, while simultaneously asking if she was okay.

This article was originally written by People