Shakira has a fiery new look!

The 40-year-old singer ditched her blonde locks for red hair, sharing her new look on social media on Saturday.

«Redheads have more fun. On the set of Perro Fiel with @nickyjampr,» Shakira wrote alongside an Instagram pic of her and singer Nicky Jam. 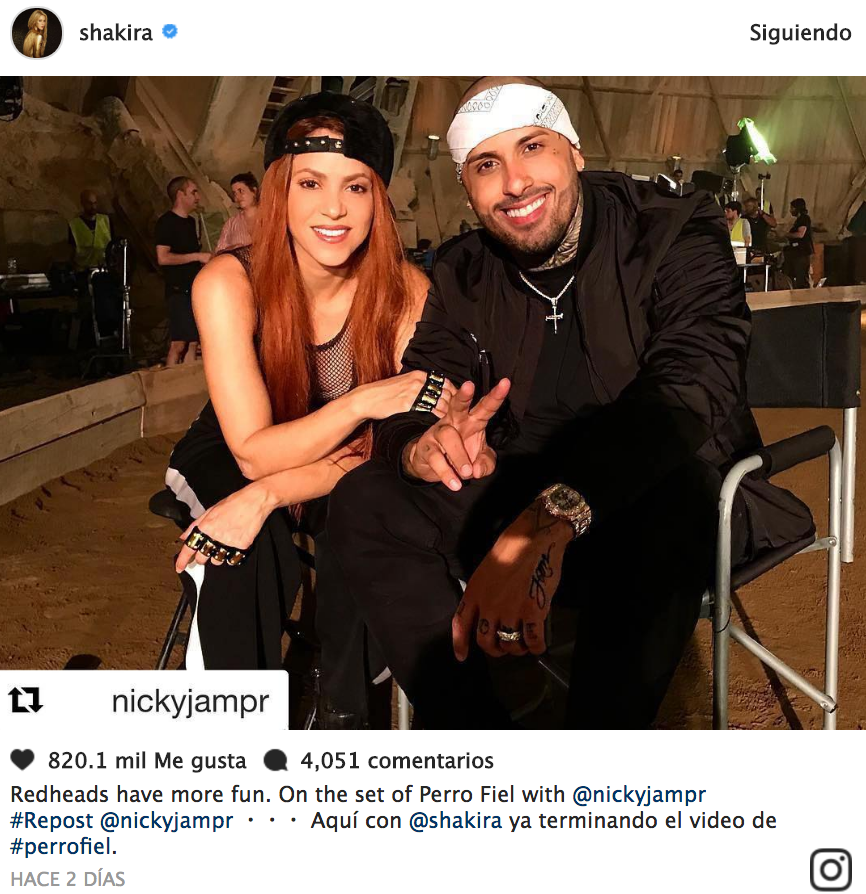 Shakira and Nicky Jam are filming the music video for their collaboration «Perro Fiel,» which is featured on her new album, El Dorado. The Colombian singer also shared a second pic, showing off her new hair hue. 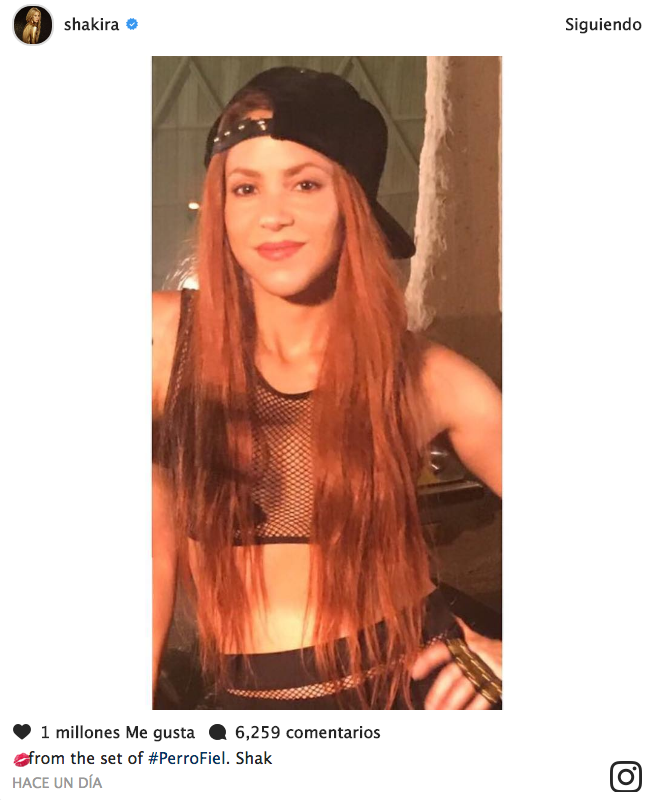 This isn’t the first time that Shakira has had red tresses. In 1999, the natural-born brunette sported red locks before making her cross-over to English-language music and becoming a blonde.

Earlier this month, Shakira and Chris Martin performed together at the Global Citizen Festival in Hamburg, Germany. The Coldplay frontman impressed the crowd with his Spanish skills, singing along to Shakira’s songs, «Me Enamoré» and «Chantaje.»

Aside from filming her new music video, Shakira is gearing up to go on her El Dorado World Tour, her first tour in nearly six years. Her concerts kick off Nov. 8 in Cologne, Germany, and wrap Feb. 10, 2018 in Las Vegas, Nevada.