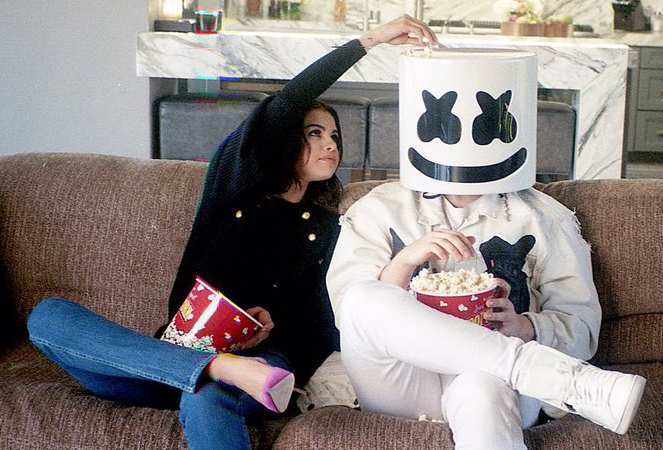 Selena Gomez has a hit on her hands with “Wolves”(already top 10 on iTunes) and called up Zane Lowe to chat about her collaboration with Marshmello. She explained how the song came together and also gave a little insight into the status of her new album. “To be honest, I feel like I have two albums already completed, but I’m wanting to figure it out,” the 25-year-old revealed. “So it’s a lot sooner than I think people anticipate. I want to call the shots, I want it to be good, I want to be ready, I don’t want to do anything that’s forced. It will be soon.”

Why has the rollout taken so long? (Obviously, apart from her Lupus diagnosis and kidney transplant). “I wanted my music to be a lot more meaningful, to be honest…. I just wanted to take my time,” Selena explained. “I didn’t want it to be crowded by over-glamorized things and the pop world can just be really distracting sometimes. This year, I did it at my own pace.” It will be interesting to see if summer singles “Bad Liar” and “Fetish” make the cut or if “Wolves” represents a fresh start. Listen to the pop star’s full interview below.