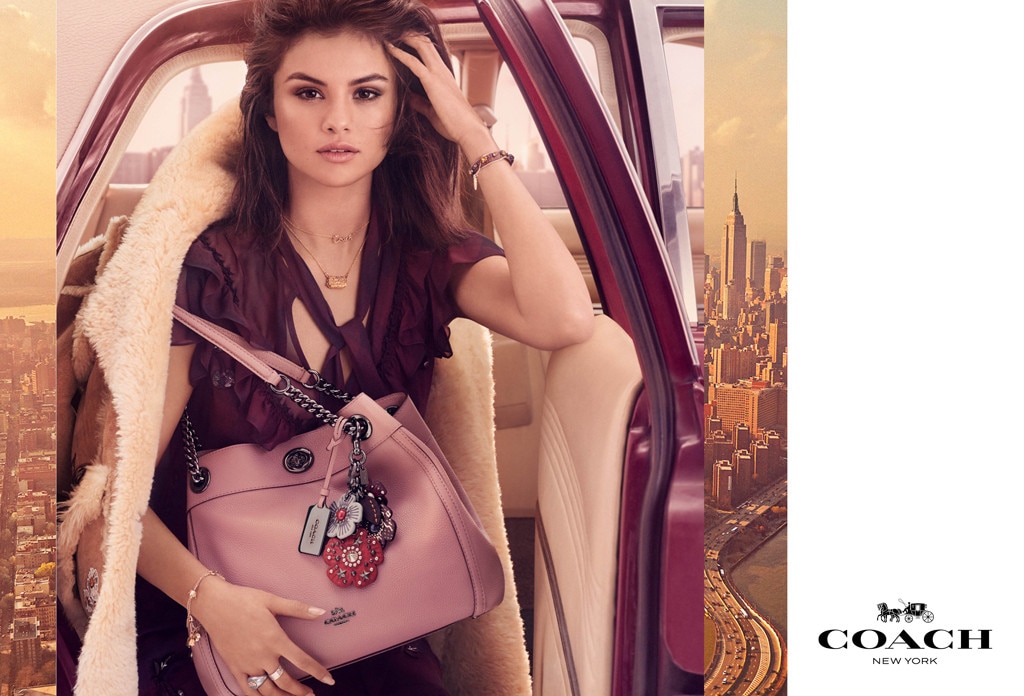 It looks like Selena Gomez can’t keep her hands—or her love for Coach—to herself.

Although the 24-year-old megastar didn’t officially make her debut as the face of the brand until today, a quick look at her most recent style choices will show that Gomez has been an unofficial brand rep for months.

Even her show-stopping head-to-toe Coach look at the 2017 Met Gala wasn’t adequate preparation for Gomez’s head-turning new campaign. The «Bad Liar» songstress is giving us major cool-girl vibes in the just-released campaign photos, which come courtesy of renowned fashion photographer, Steven Meisel. The premise of the campaign is a «laid back» road trip, but leave it to Gomez to turn lying down in the back seat of a car into a major fashion moment.

There’s a ’70s-esque vibe to the campaign photos, with an almost Sierra-like filter accentuating Selena’s muted pink, purple and blue totes. In each photo, there’s a hint to the decade’s most prominent trends: In one shot, the actress brushes her fingers through her voluminous hair while wearing a shearling-lined, leather, brown coat. In another, the singer is outfitted in a shaggy stole. The mixture of feminine textures combined with the structural handbags make these ads at both times inspired and modern.

The singer initially teased her collaboration with the legendary luxury brand, under the leadership of designer Stuart Vevers, in December 2016. As the actual collection isn’t available until the fall, it looks like we’re going to have to wait a bit longer for the actually designs to surface. In the meantime, keep your eyes open for upcoming videos of Gomez showcasing three different Coach handbag styles while prepping for a night out in New York.
With all of the noise Gomez has been making in the fashion world lately, we would be pretty bad liars if we said we weren’t excited to see what the superstar whips up next! 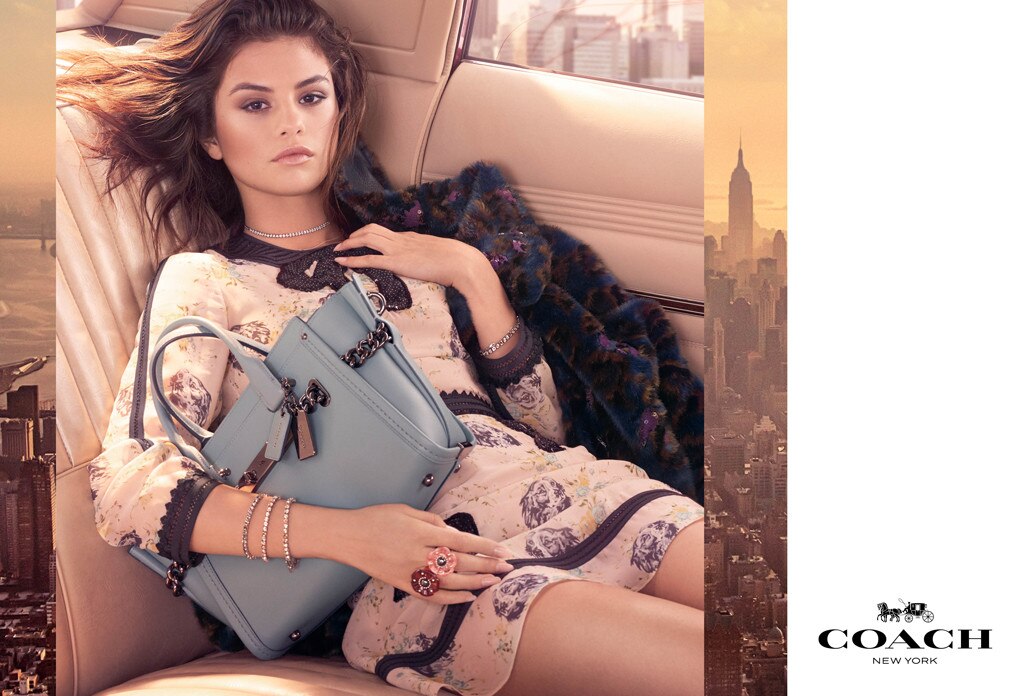