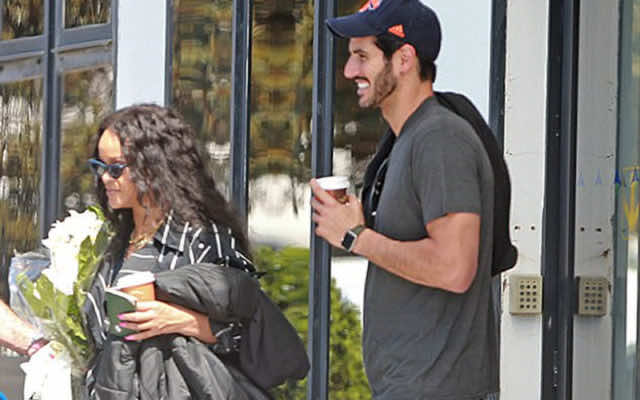 Rihanna has reportedly never been happier in her life since she started dating Saudi billionaire Hassan Jameel.

According to some in the media, the businessman is about to erase all the negative traces left behind by two of her main exes – Chris Brown and Drake.

This man she has only known for a few months has supposedly managed to do more than the two music stars in a couple of years.

Sources close to the pop music diva are selling the image of a love story like the world has never seen before.

One of them explained: “Hassan treats her with so much love and respect. He‘s making her drop her guard, which she has not done with a guy in a very long time.”

The insider added: “She is way happier than she ever was with Drizzy. She still loves him, but that relationship was just a mistake. He never had her trust.”

Although all of this is very cute, a little dose of skepticism is still necessary.

The “Rude Boy” singer was seen flirting and making out in a pool with a lucky fellow, but this is not enough to present things like they had decided to walk down the aisle and have a bunch of babies together.

Moreover, after the pool photos appeared online, a bit of digging was done on Jameel’s family and all the stories that came out were not positive.

It is entirely possible that RiRi knew nothing about his relatives.

Rihanna’s father, Ronald Fenty, is also not entirely impressed by her new man.

He told Sun Magazine: “I did not know he was a billionaire. Too little money or too much money cannot make you happy; you need to something in-between. She told me she had a new boyfriend about a month ago, but I did not know who he was. I always tell her, ‘Don’t date an entertainer, don’t date an athlete.’”

Some fans of the Barbadian artist think that the media a is creating a lot of hype one way or the other.

They also doubt that the dad would say so many things about his daughter’s new boyfriend including the fact he is not “black enough.”