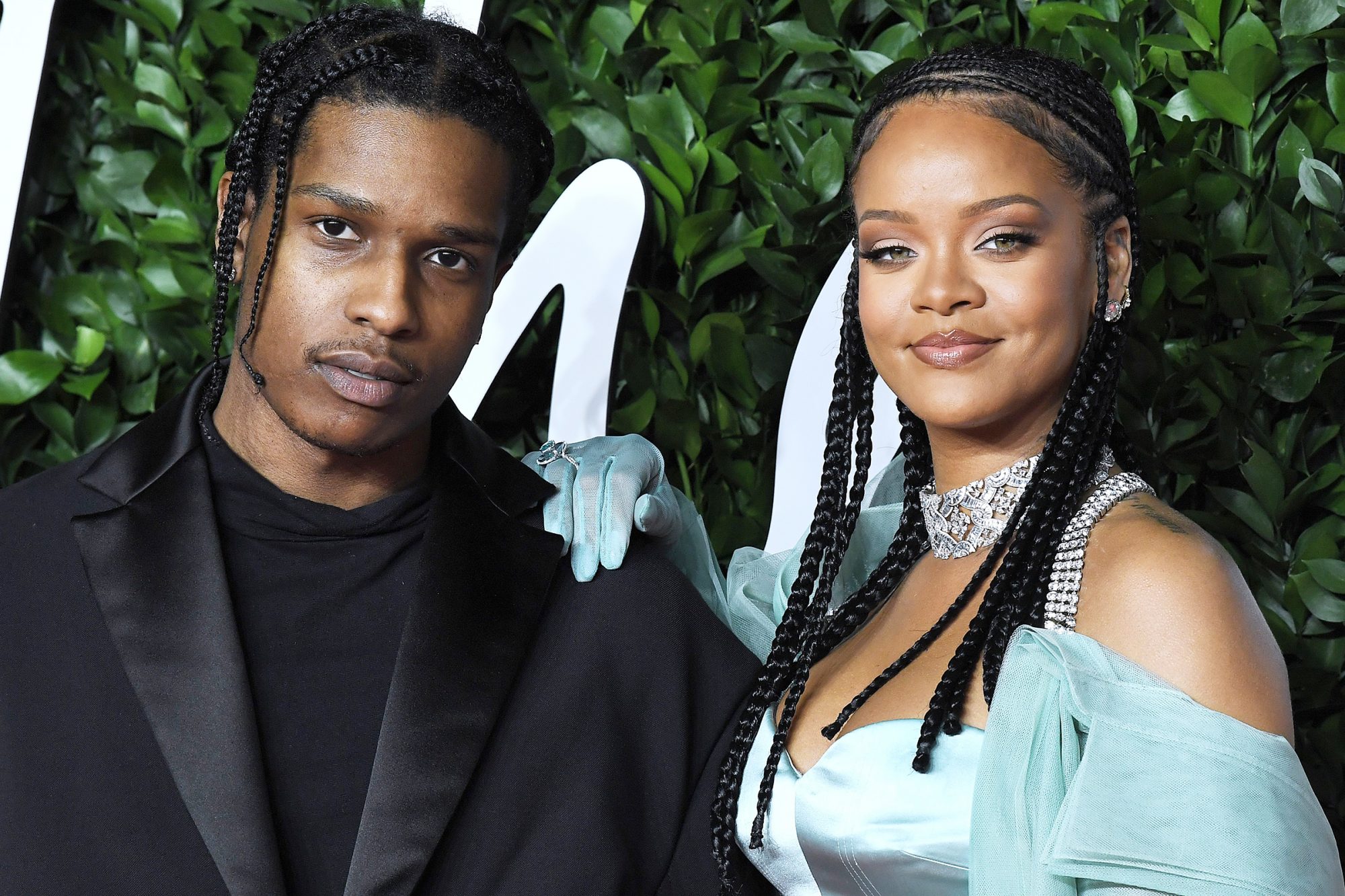 There’s definitely some «Love on the Brain» here!

The news comes after the New York Post‘s Page Six reported that the couple — both 32 — was spotted having dinner with friends at the Beatrice Inn in New York over the weekend.

The couple has sparked romance rumors since Rih split from her boyfriend of three years, billionaire Hassan Jameel, in January. (Then, The Sun reported that Rihanna and A$AP Rocky had been seeing each other, but a source told E! that she was still single.)

In July, Rihanna featured the «Everyday» rapper in her Fenty Skin campaign. The duo did several interviews together to promote the collaboration. In videos for GQ and Vogue featuring the two, RiRi and A$AP answered questions such as what they first notice in people to how they take care of their skin.

«My skin type is just as complicated as men are,» Rihanna jokingly said when A$AP Rocky asked about her skin type for Vogue. «Y’all always try to say women are complicated [but] it’s y’all!»

When Rihanna asked the rapper what his own skin is like, he answered: «Handsome.»

For GQ, A$AP Rocky said he wished there was more diversity and representation in the industry.

«I wish it was more versatility, diversity, obviously you know,» he said. «I think it’s kinda trying to evolve especially with a person like yourself. But I do wish that there was way more versatility.»

In the GQ video, the rapper also revealed the «hardest part» about working with Rihanna.

«I think the hardest part about working with you is not goofin’ off and laughing the whole time. Like this s— is comedy,» he said. «That’s the hardest part. You know, people be so cool it’s hard not to, not to laugh. That’s all. But it was fun. The hardest part is not having too much fun. You just forget that it’s still work at the end of the day.»

A$AP Rocky and Rihanna have been friends for a while now. The rapper served as an opening act for the U.S. dates of her Diamonds World Tour in 2013. A$AP Rocky was also featured on her track «Cockiness.»

The duo was also seen attending a Louis Vuitton fashion show in Paris back in 2018.

The rapper has previously dated celebrities such as Kendall Jenner in 2017and Brazilian model Daiane Sodré last year.