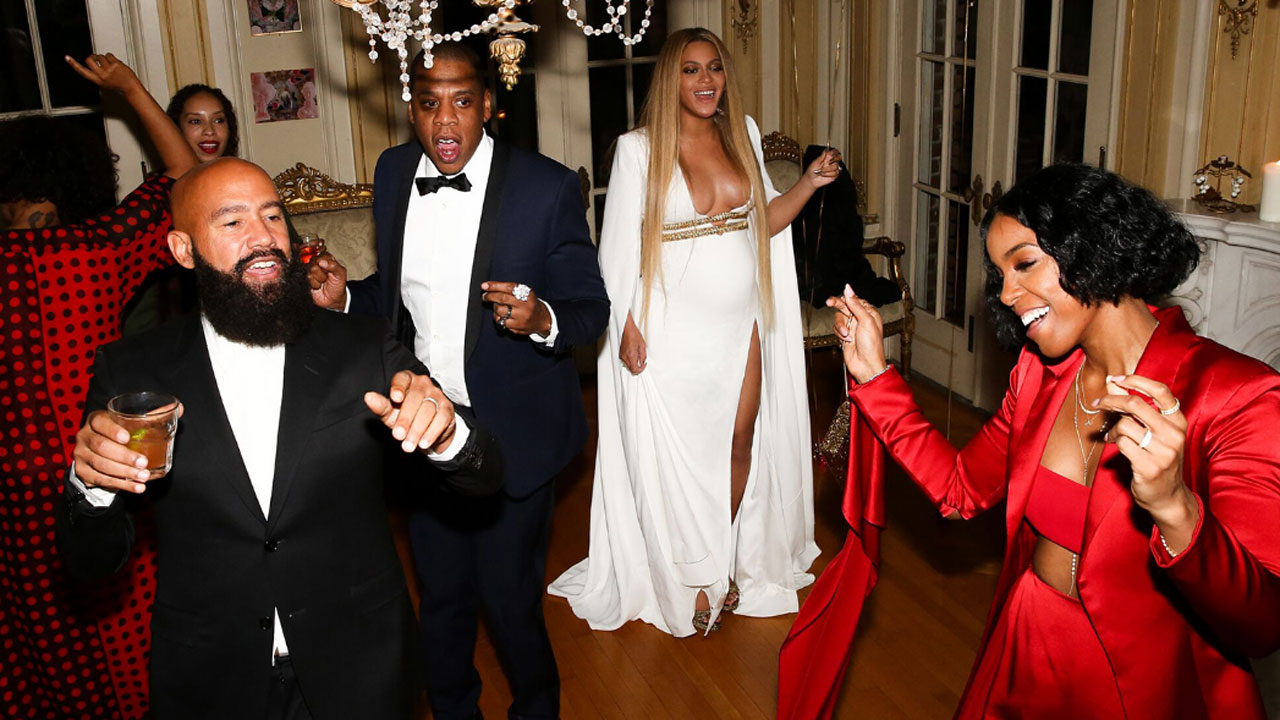 While lots of stars hit the town after the 59th GRAMMY Awards, Beyonce and her squad had a private party that was turned up.

On Thursday, the 35-year-old singer shared a bunch of photos from music’s biggest night, including a few pics from sister Solange Knowles’ GRAMMYs after-party. Guests included Bey’s husband, Jay Z, her Destiny’s Child band mate, Kelly Rowland, and Solange’s husband, Alan Ferguson. The pregnant Beyonce had her third outfit change of the night when she showed up to the party in a Grecian floor-length, cleavage-baring white gown that showed off her growing baby bump, while Solange and Kelly both rocked red dresses.

Though Queen Bey, who is expecting twins, didn’t do much dancing on the GRAMMYs stage, she did bust a few moves with Jay and Kelly at the exclusive after-party.