Looks like Pink is already getting the MTV Video Music Awards party started!

The network announced on Tuesday that the 37-year-old pop star will be receiving the night’s highest honor, the Michael Jackson Video Vanguard Award, when the awards show airs live from The Forum in Inglewood, California, on Aug. 27.

Pink was selected for the prestigious accolade, also known as the Lifetime Achievement Award, after nearly two decades in the spotlight. Her debut solo album, Can’t Take Me Home, was released in 2000, and her latest, Beautiful Trauma, comes out in October. Past recipients of the award include Rihanna (2016), Kanye West (2015), Beyoncé (2014) and Justin Timberlake (2013). 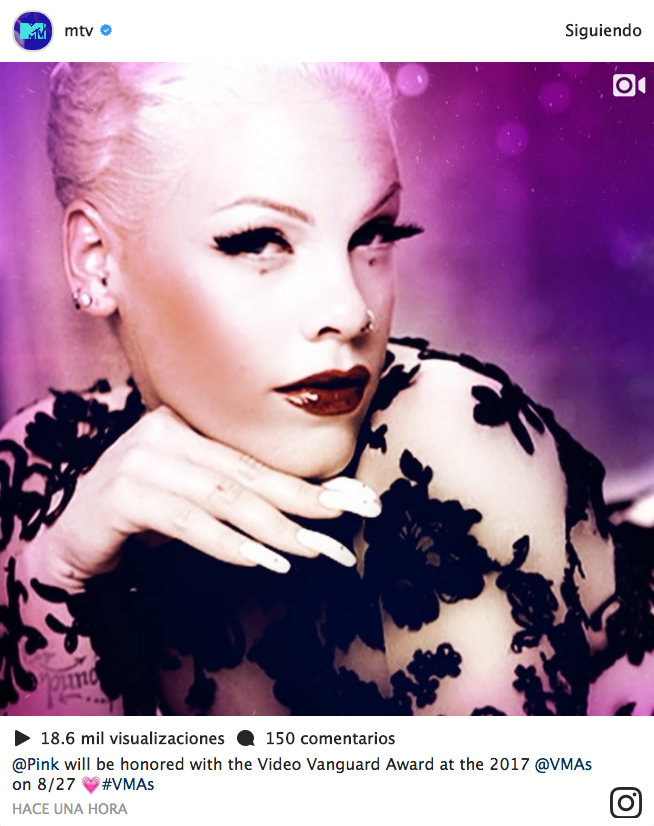