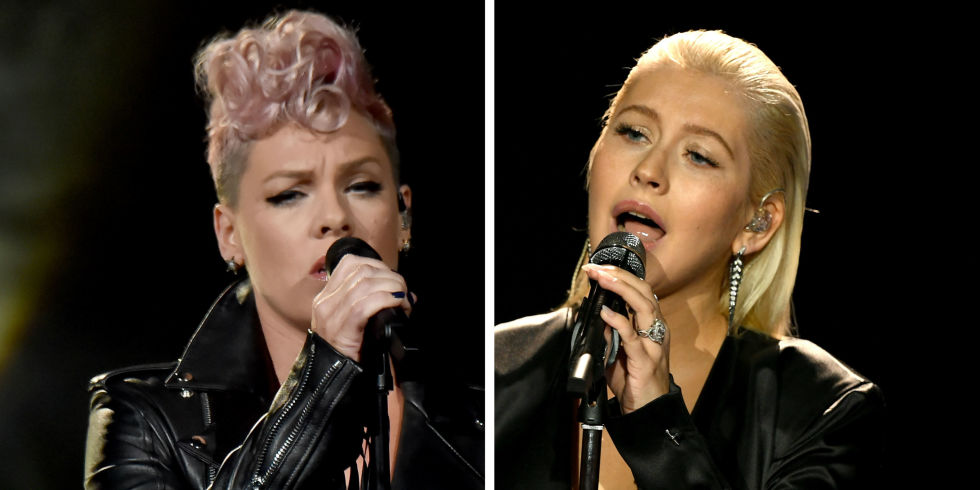 Pink was obviously feeling chatty when she sat down for an interview with The Sun. The superstar confirmed that she recorded a duet with Christina Aguilera and revealed that she scrapped a video for Eminemcollaboration, “Revenge.” Let’s start with the former, because iconic. “We did a duet for her album and I don’t know when it’s coming out but it’s amazing,” the 38-year-old gushed. “We did it two years ago so I don’t remember the title, but she’s incredible.” It’s a little (ok, a lot) worrying that it has been in the can this long, but Xtina works in mysterious ways.

The “What About Us” hitmaker then addressed the non-existent shade she threw at her “Lady Marmalade” collaborator at the American Music Awards. “It is really frustrating, but I fight back. I do it less than I used to but I do when I think the narrative needs to be changed,” Pink said. “It’s bullshit, I’m not gonna stand for it. But I’m used to it, to be honest. And this never happens to men, it’s very specific to females.” She makes a valid point there. As for that scrapped Eminem video, it just didn’t turn out right.

“We shot it and it was terrible,” the Grammy winner confided. “It’s never coming out. It just didn’t work and it was the wrong timing for it. I looked like hell, it was awful. Thank god Eminem wasn’t in it. If he was in it I would have been mortified. We had Eminem lookalikes, ‘Beautiful Trauma’ is better.” Watch that video below.