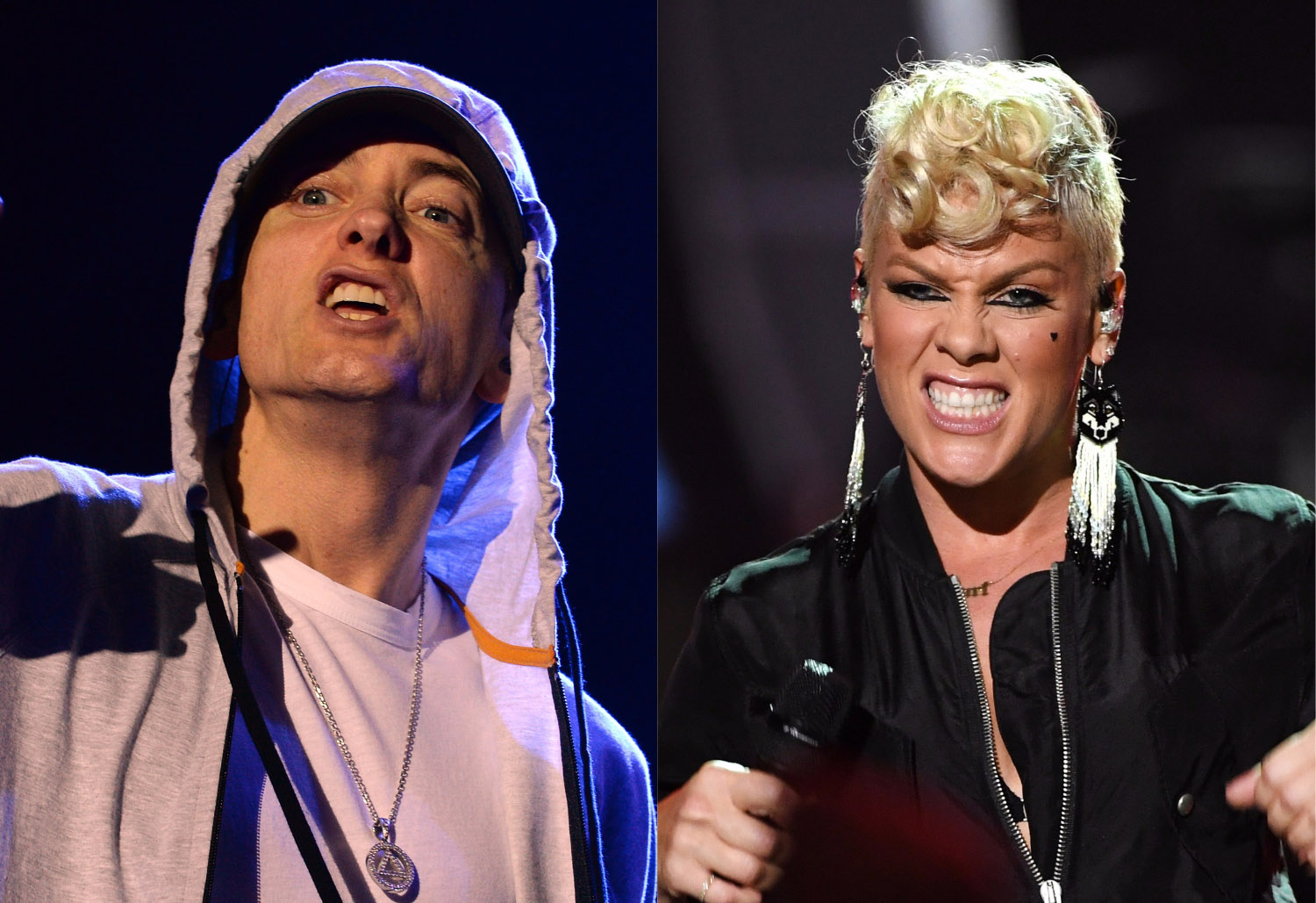 One of the most talked-about tracks on Pink’s Beautiful Trauma (out today) is “Revenge.” A collaboration with Eminem, the track finds our heroine in a typically feisty mood. “Like Leo in The Revenant, Abel in that Bible bit, revenge is sweet, isn’t it?” she sings at the beginning of the song. “Really, really hope for it, I know that it won’t fix a thing.” The rapper steps in later with a verse about being cheated on. “So when you’re driving, driving to his house and you pass me while I’m driving to hers, just remember you cheated on me first.”

It’s sarcastic and mildly amusing, but like “Here Comes The Weekend” before it (their collaboration on The Truth About Love), it’s a little underwhelming. How did the song come together? “I reached out to him in this case,” Pink revealed in a recent TV interview. “I love him, I’ve always loved him. I think he’s a lyric genius and I just wrote him a love letter.” Alcohol was also involved. “I’d written the song, I went to the studio, I drank a lot of wine, I wrote ‘Revenge,’ and then I went home and I drank more wine.”

“And I wrote him an email and I said I love you, I’ve always loved you,” she continued. “I’ve loved you since you gave me your autograph at the 2001 MTV Music Video Awards. I love that you always work with the same people and I just wrote him a love letter.” So there you go! Listen to the track below.