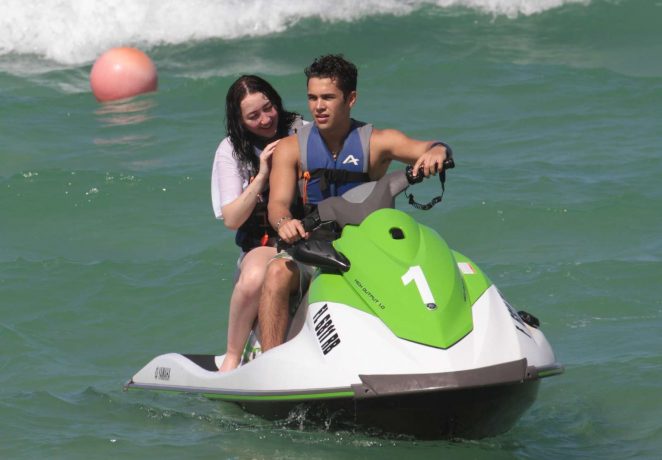 Whoa! Is this young Hollywood’s hottest new couple? Austin Mahone and Noah Cyrus are currently having the time of their lives TOGETHER in Miami. We’re SO into this!

Hmm! Austin Mahone, 21, seems to be enjoying some quality time with Noah Cyrus, 17. The pair of singers were spotted out and about in Austin’s hometown of Miami, Florida on Saturday, July 15. After hitting up the Y100 Mack-A-Poolooza summer pool party, Austin and Noah hit the beach to ride jet skis together. Austin took the wheel (er, handles) while Noah sat behind him and tagged along for the ride. The pair looked like they were having so much fun, and we’re totally into the idea of them being a couple!

Sadly, neither of the two singers have posted anything on their socials about their potential new romance. Shortly after their fun in Miami, Austin jetted off to Japan to perform for his international fans. It’s unclear where Noah is after her trip to Miami, but she has a performance scheduled in Sydney, Australia for July 20 so, unfortunately, it’s unlikely she joined Austin in Japan. If these two are heating up as a couple, hopefully we haven’t seen the last of them! After all, what’s better than two super hot, super talented young people in a relationship? Maybe we’ll even get a collaboration out of it! 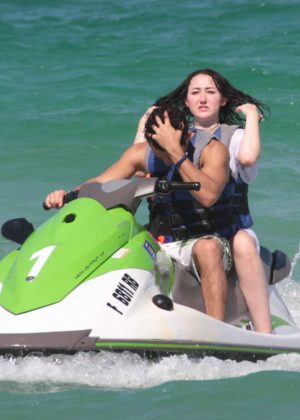 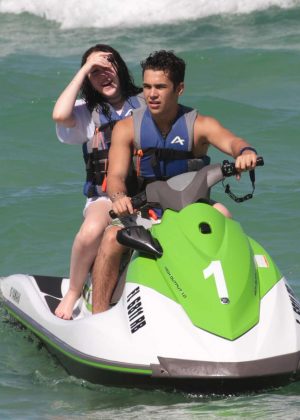