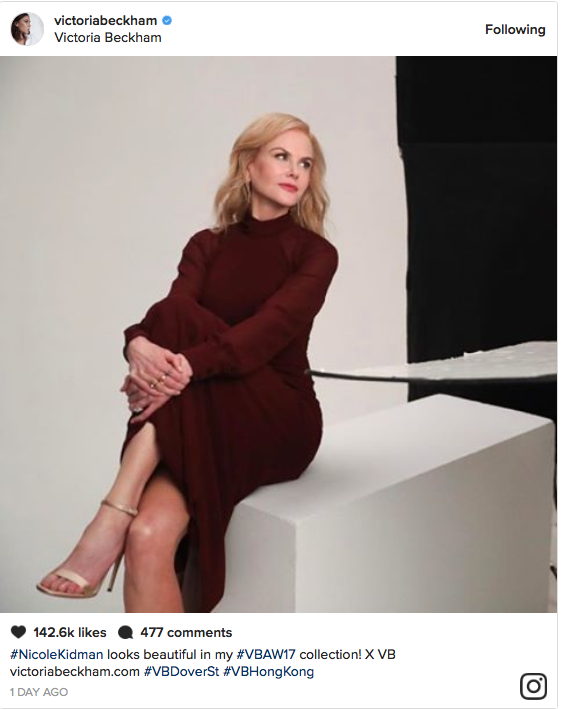 Nicole Kidman loves Victoria Beckham so much, she’s now modeling for her brand!

Beckham took to Instagram on Tuesday to share a behind-the-scenes snap of the Big Little Lies star rocking her label for a photo shoot.  «#NicoleKidman looks beautiful in my #VBAW17 collection! X VB victoriabeckham.com #VBDoverSt #VBHongKong,» Beckham wrote alongside the shot.

While Kidman dips her toes into the fashion world, Beckham recently showed off her acting chops in a Mannequin spoof on The Late Late Show with James Corden.