Other than taking home a new award last night with the rest of his DNCE band members (for winning Best New Artist at the 2016 MTV Video Music Awards), Joe Jonas decided to add a little something new to a whole different type of collection.

He and Nick Jonas got matching tattoos!

The brothers decided to kick off their VMA night by getting inked. Just a few hours before the awards show kicked off, theytattooed matching arrows on the back of their arms that point at one another, and of course Nick caught the whole thing on Snapchat.

In back-to-back videos that he shared to his My Story, Nick captured the process of the tattoo, showing both himself and Joe getting inked while lying on a chair as the artists drew the arrows on their triceps. 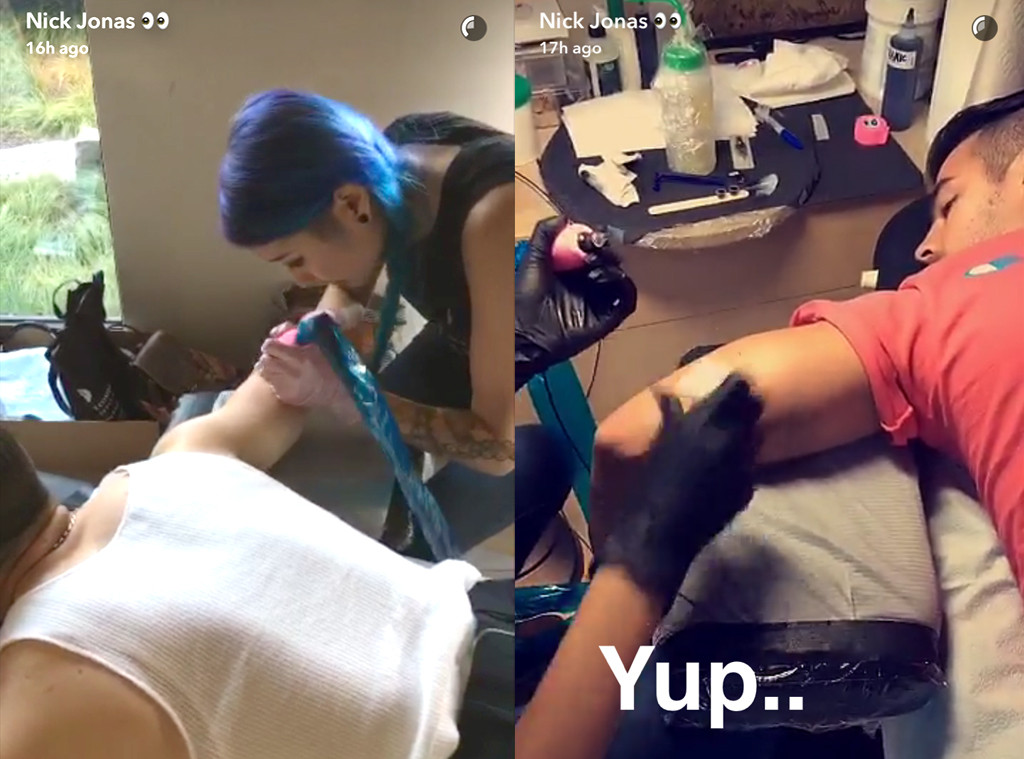 Nick then shared a photo of the final outcome, showing the brothers standing side-by-side with their backs to the camera, revealing their ink and writing «Boom» across the pic.

Meanwhile, Nick took the stage at the VMAs shortly after getting the new tat as one of the VMA performers.

Joined by Ty Dolla $ign, the dynamic duo traveled to Tick Tock Diner for their performance of «Bacon» off of Nick’s latest album.

Also spotted throughout the performance? Ashley Graham and DNCE, both making surprise appearances as Nick danced around the diner.

After the show, Nick went back into the audience and cheered on his brother’s band as they took home the Moonman for Best New Artist.