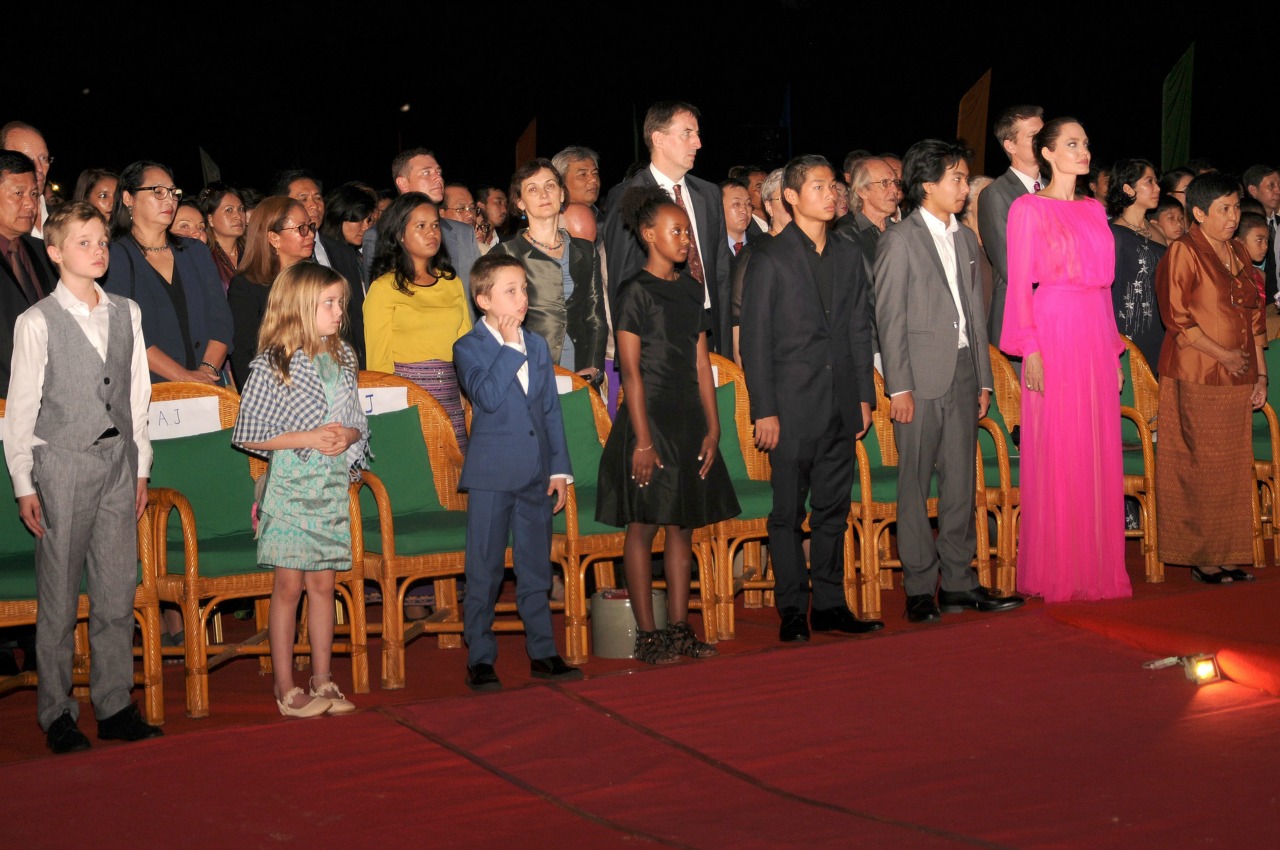 We ‘Will Always Be a Family

In an interview with the BBC to promote her new documentary, First They Killed My Father, on Sunday, Angelina Jolie opened up publicly for the first time about how she’s coping in the wake of the split from her estranged husband, Brad Pitt.

The documentary, which will be released on Netflix later this year, explores issues around the Khmer Rouge genocide in Cambodia and touches on themes of family and loss. The interviewer noted that those are also themes in Jolie’s own life, leading to her separation from Pitt.

«I don’t want to say very much about that except to say that it was a very difficult time,» the 41-year-old director and humanitarian said, visibly holding back tears. «And we are a family and will always be a family. And we will get through this time and hopefully be a stronger family for it.»

«But can I ask how you’re coping?» the interviewer pressed. «Many, many people find themselves in [these] situations,» Jolie responded. «My whole family, we’ve all been through a difficult time. My focus is my children, our children, and my focus is finding this way through. And as I said, we are and forever will be a family. And so that is how I’m coping with finding a way through, to make sure this somehow makes us stronger and closer.»

Jolie reiterated that she’s putting her children first and said that in five years’ time, she envisions herself spending time supporting them in the interesting things they’ll be doing around the world.

“Everything I do, I hope that I represent something and represent the right things to my children, and give them the right sense of what they are capable of, and the world as it should be seen, not through the prism of Hollywood or through a certain kind of life, but really take them into the world, where they have a really good sense and become rounded people,» she said.

But for now, what she really wants to do when she wakes up in the morning is to «get through the day.» “It’s been a difficult few months,» she admitted. «Right now, I’m going through a moment where there is just everybody in my room, two hamsters, two dogs and two children at the moment. It’s wonderful, but yeah, usually I just wake up trying to figure out who’s going to get the dog out, who’s going to start the pancakes and did anybody brush their teeth?”. All six of Jolie’s children accompanied her to the premiere of First They Killed My Father in Cambodia, where her 15-year-old son, Maddox, was born.