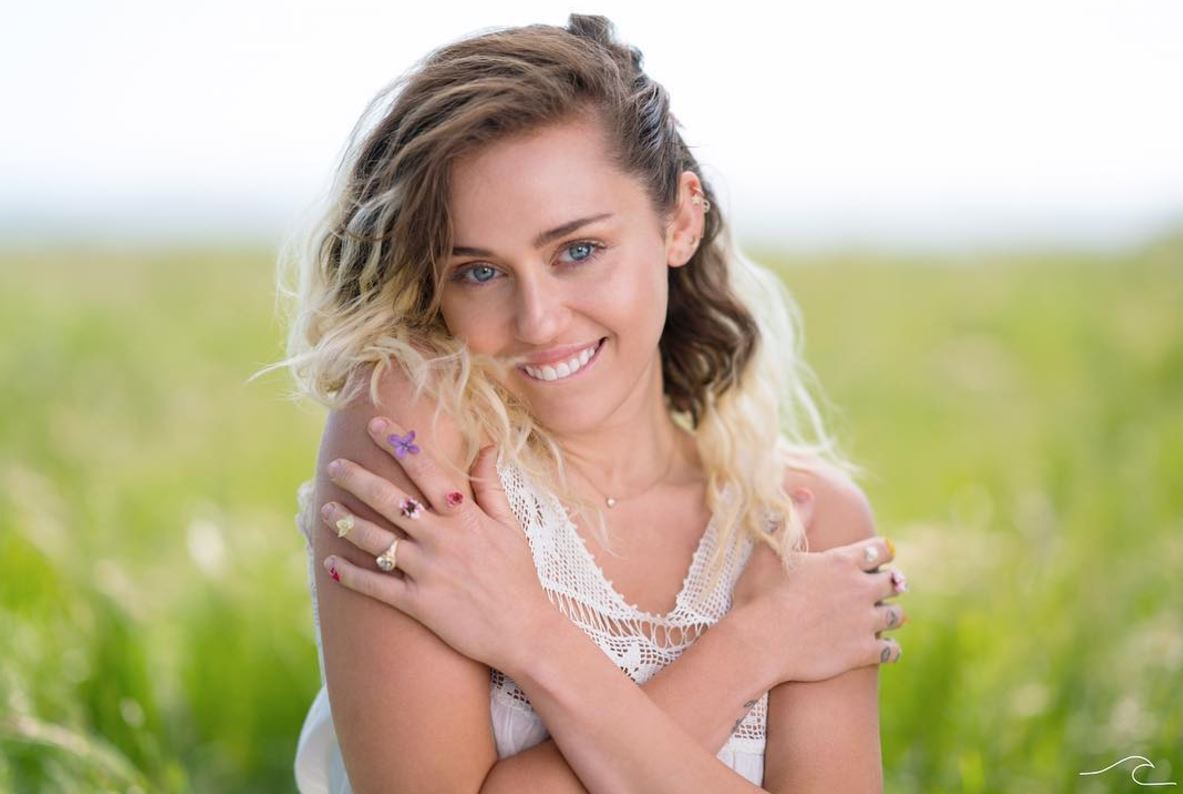 Miley Cyrus just officially dropped «Inspired,» the second single off her new, untitled album — but this is more than just a song. Along with the track’s release, Miley announced that she’ll be donating proceeds from the song in honor of Pride month.

«Inspired,» which Miley initially debuted on Today on May 27, features a country vibe. In the song, Miley croons about her childhood, in addition to belting out a moving message of hope for change. She sings in the chorus, «We are meant for more/Pull the handle on the door that opens up to change/I know it sounds so strange/We are meant for more/There’s a lock upon the door, but we hold the key to change.» The song comes on the heels of her first dreamy single about fiancé Liam Hemsworth, «Malibu,» released last month.

Miley took to Instagram on Friday to announce the arrival of «Inspired» with a photo snapped by Liam (he also photographed Miley’s «Malibu» cover art). In the pic, the singer, swathed in a rainbow-striped sweater, is lounging in a patch of grass. Along with the photo, Miley shared her plans to use the song to spread the love in celebration of Pride via her Happy Hippy Foundation, a nonprofit that provides outreach and support for homeless youth, LGBTQ youth, and other vulnerable populations.

She wrote, «SURPRISE! ?❤️??? In celebration of #Pride and the desperate cry for more love in this world #Inspired is OUT NOW on iTunes , Spotify , Google Play & Amazon Music!!!! I will be donating my portion of any proceeds to @happyhippiefdn to continue our fight against injustice and bring food, shelter and most importantly hope to homeless youth everywhere!»