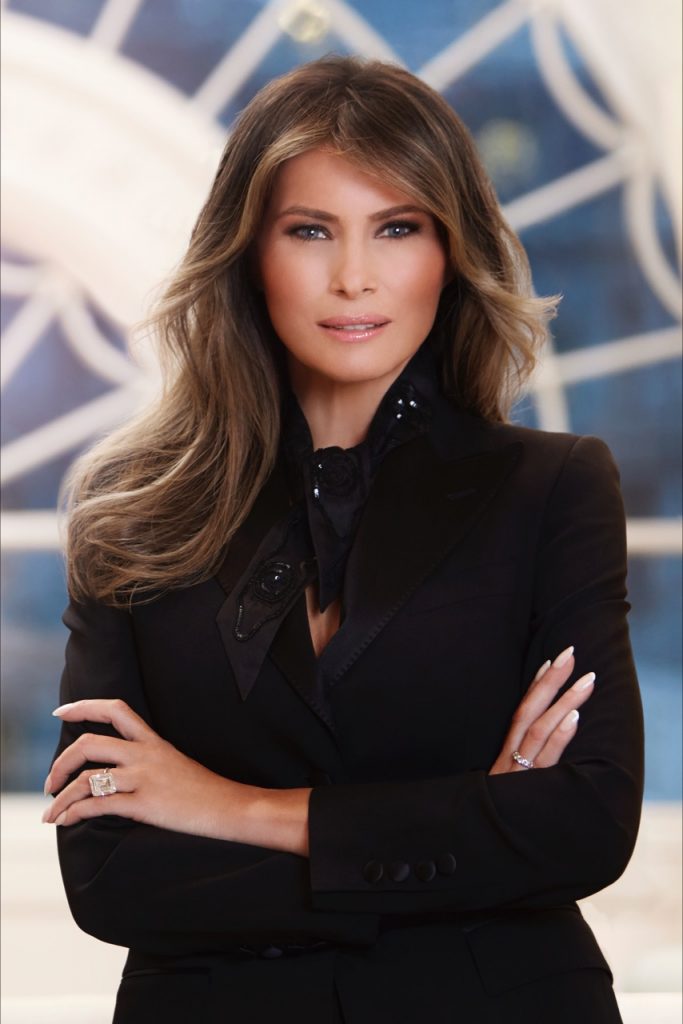 It’s unsurprising that First Lady Melania Trump‘s first official White House portrait is breathtaking. The wife of President Donald Trump, 70, is gorgeous, and was even a model in the 1990s. Her official portrait in the role of first lady exudes class and sophistication, showing Melania, 46, in a smart black suit and a delicate black scarf, with minimal yet impactful makeup. Her peachy lipgloss and french manicure are understated, and appropriate for a political office.

She looks fabulous! But…she also looks airbrushed to high heavens. Don’t you agree? Her face is overly smoothed, and there isn’t a flyaway hair to be seen. There’s photoshop, and then there’s photoshop. While Melania looks amazing, she also appears to be the victim of runaway retouching. But, whatever. It’s not like Melania cares what us mere mortals think; she looks insanely pretty in this photo, and she’ll continue to be flawless without approval. Melania’s official White House portrait is definitely taken in a different light than her husband’s. President Trump’s portrait is hardened and tough, while hers is incredibly soft and warm. They’re showing what qualities each person is bringing to the White House.