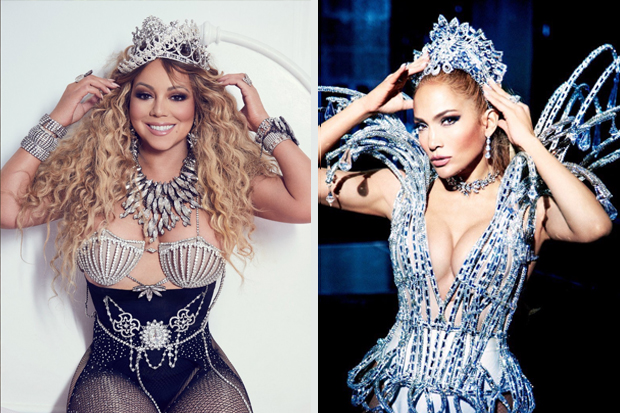 Mariah Carey may not know Jennifer Lopez, but the Las Vegas showgirls are both glistening in jewels on dual covers of the newest edition of Paper magazine. The Elusive Chanteuse posed topless on her cover, relying on some cleverly placed hair to mask her goods and teaming her bare look with some crystal body jewelry. The singer donned a crown and a studded bra in other photos from her spread, serving sultry poses and looking like the powerhouse diva (and a little like a Christmas decoration) that she is. J.Lo channelled her performing roots, posing in a crown of her own and a glistening leotard on her cover. Her accompanying photos are a bit more tongue in cheek, as she does laundry while wearing a full face of makeup and her laciest lingerie. In other photos she delivers unsurprisingly smoldering poses expected of a pop princess of her caliber. 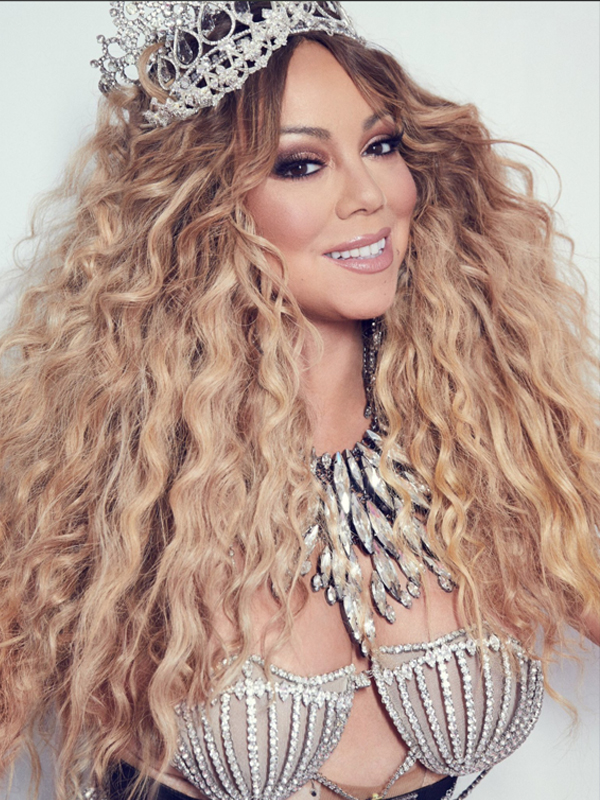 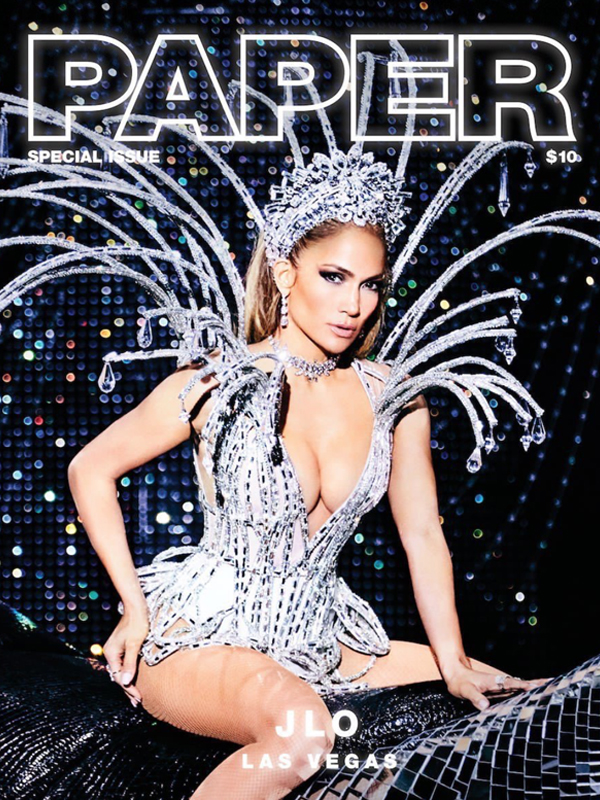 Fellow Las Vegas performers The Backstreet Boys and Ricky Martin also landed a cover shoot for the magazine as well. They served colorful albeit less bedazzled shoots that pay tribute to their own shows on the strip. The issue is set to honor some of the brightest acts performing in the city. Notably missing from the lineup are Celine Dionand Britney Spears who also light up the City of Sin. Guess they didn’t get the memo. Click through the ladies’ sexy pictures up top and check out the guys below!