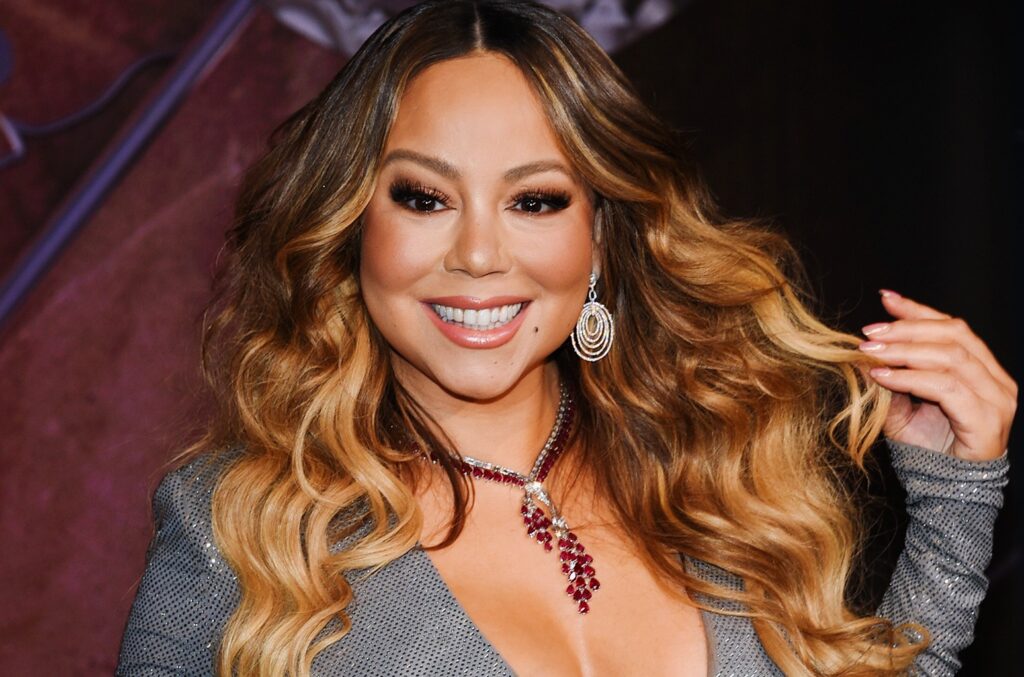 Halloween just ended, and Mariah Carey is eager to move on. On Sunday (Nov. 1), the pop superstar shared a creepy video on Twitter to usher in the new holiday season.

In the clip, which she simply captioned «Guess what?» with a snowflake emoji, a creepy monster in black with its mouth sewn shut creeps around and opens doors as chilling sounds play. A giant pink butterfly then appears on a white board before the scene cuts to a spiderweb-covered door featuring dripping blood, handprints and the words «not yet.»

As the ghoul reaches for the knob, the music becomes twinkling bells. The door opens and reveals … a cheery Christmas scene?!

In the newly revealed room is the five-time Grammy winner, a big smile on her face as she kneels on the «snow» while in her Christmas PJs, a beautifully decorated tree behind her. Mimi looks at her watch, then declares in a sing-song voice, «It’s time!» before cheering as her little pups look on.

As the snow — yes, indoor snow — falls, her song «All I Want for Christmas Is You» begins to play. The screen cuts to black with text to repeat her message: «IT’S TIME! (But let’s get through Thanksgiving first)»

Watch her video below:

Carey was already teasing fans with a Christmas project last month. On Oct. 9, she tweeted a photo of three directors chairs on a set, each featuring a set of initials: AG, MC, and JH. The photo was accompanied by only a Christmas tree emoji in the caption. She has yet to share who her collaborators will be, but popular guesses are Ariana Grande and Jennifer Hudson.