Not only has “Truth Hurts” been dethroned to number two on the Billboard Hot 100 chart, but Lizzo is now being hit with a plagiarism lawsuit involving the hit song.

Producers Justin and Jeremiah Raisen took to Instagram on Monday night to call out the singer, 31, for the undeniable similarities between “Truth Hurts” and an earlier called “Healthy”. The pair included a video in their post, layering the two tracks over one another.

In both versions of the song, Lizzo’s already-iconic opening line, “I just took a DNA test/Turns out I’m 100% that b**ch,” is featured.

The producing duo alleges that not only that line but also the melody, lyrics, and chord progression was derived from the 2017 demo, which was co-written by the Raisen brothers, Lizzo, Jesse Saint John and Yves Rothman.

In addition, the brothers also claim that Saint John is credited as a writer on what is now “Truth Hurts”, alongside Lizzo, Ricky Reed, and Steven Cheung, while the rest of the demo’s co-writers were left out.

“After reaching out to Ricky Reed and Lizzo’s team about fixing it, we put the song in dispute in 2017 when it came out,” Justin wrote in the lengthy Instagram post. “We’ve tried to sort this out quietly for the last two years, only asking for 5% each but were shut down every time.”

He continued: “Coming forward publicly to family, friends, artists, and colleagues seems to be the only way at this point in relieving some of our emotional distress caused by this. The last thing we want to do is throw any negativity toward Lizzo’s momentum and movement as a cultural figure. If we believe in what she’s preaching, believing in ourselves & our own voices is something we thought she’d understand.”

Lizzo has since taken to Twitter to hit back at the plagiarism claims, writing, “The men, who now claim a piece of ‘Truth Hurts’, did not help me write any part of the song. They had nothing to do with the line or how I chose to sing it.”

She added, “There was no one in the room when I wrote ‘Truth Hurts’, except me, Ricky Reed and my tears. That song is my life and its words are my truth.” 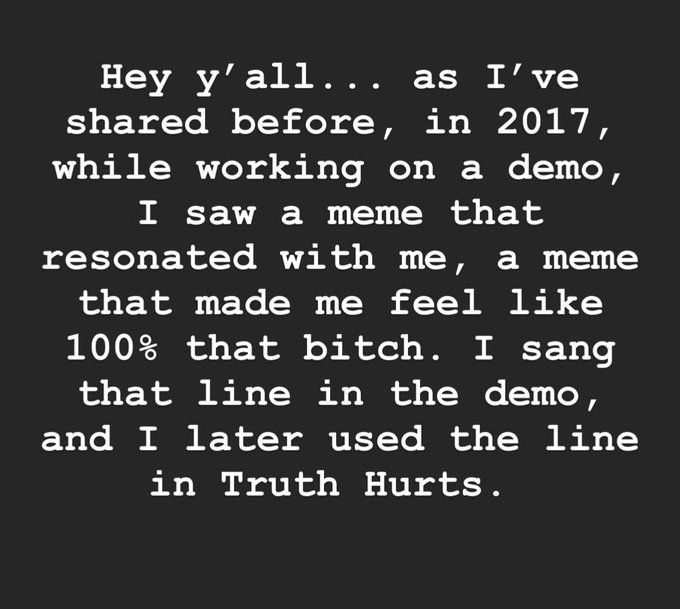 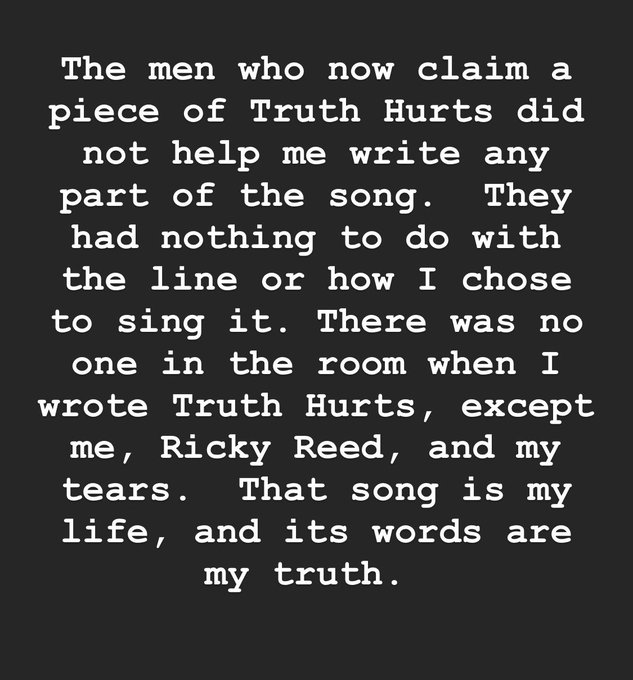 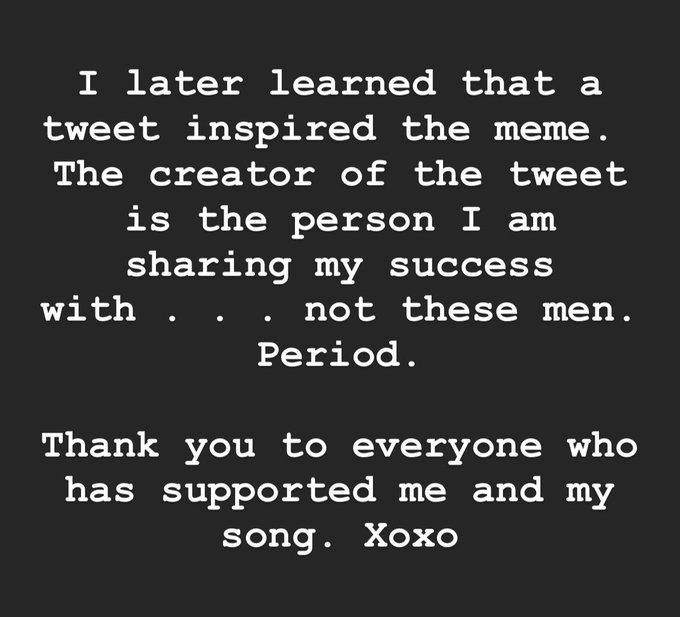 Her lawyer, Cynthia Arato, also filed a lawsuit against the Raisen brothers making it clear they have “no right to profit from the song’s success.”

“Today we filed a lawsuit on Lizzo’s behalf to establish, in a court of law, that the Raisens are not writers of ‘Truth Hurts’ and have no right to profit from the song’s success,” Arato said in a statement. “The Raisens did not collaborate with Lizzo or anyone else to create the song, and they did not help write any of the material that they now seek to profit from, which is why they expressly renounced any claim to the work, in writing, months ago, as the lawsuit makes abundantly clear.”

She added, “Although it is all too commonplace for successful artists to be subjected to these types of opportunistic claims, it is nevertheless disappointing that Lizzo had to take this step to put an end to the Raisens’ false claims and their campaign of harassment.”

“Defendants are wrong that they can co-own ‘Truth Hurts’ because (1) Defendants allegedly co-own the unreleased demo and (2) ‘Truth Hurts’ contains the same DNA test line and melody as contained in that unreleased work,” writes Lizzo’s attorney Cynthia Arato in docs obtained by The Hollywood Reporter. “As both the Ninth and Second Circuits have recognized, it would ‘eviscerate’ fundamental copyright law if new works based upon jointly authored works could be transformed into joint works, regardless of whether there had been any joint labor on the subsequent version.”

The trio will meet for litigation at a later date.