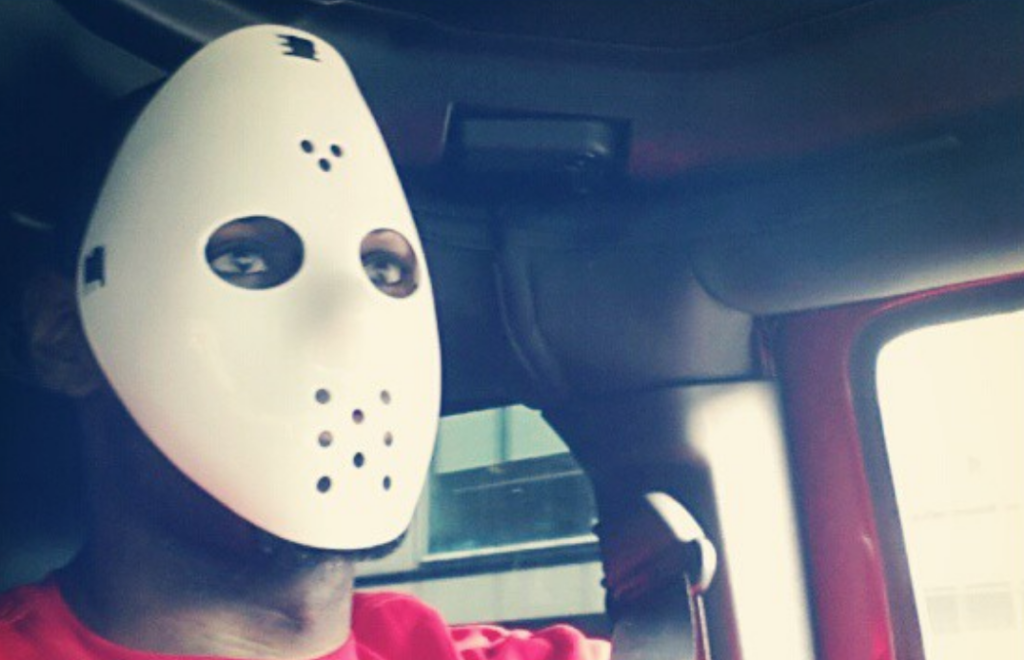 LeBron James, Instagram
From the Los Angeles Lakers to New Jersey’s Crystal Lake, 3×NBA Champion, 3×NBA Finals MVP, 4×NBA Most Valuable Player, and 14×NBA All-Star LeBron James is currently in talks to produce, yes, another reboot of Friday the 13th. According to Bloody Disgusting, James and his own Springhill Entertainment imprint are having conversations with Vertigo Entertainment to bring Jason Voorhees back to life for the first time since 2009’s last Friday reboot by Platinum Dunes.
It’s a serendipitous move for James and Vertigo, what with Halloween raking in nearly 100 mil worldwide this past weekend and original Friday the 13th screenwriter Victor Miller toppling over Horror, Inc. producers in the courts over rights.Don’t laugh, either. James is not only already attached to produce and star in that Space Jam sequel, but he’s also a superfan of the series, who’s been known to don some killer Jason kicks and even his iconic mask.