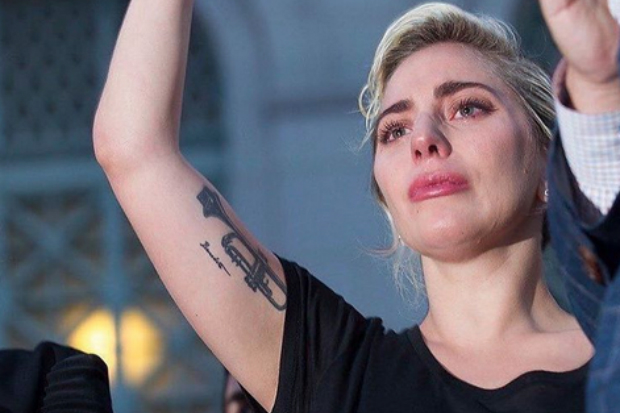 Lady Gaga led a Los Angeles vigil for the victims of Orlando on Monday night.

Speaking to the crowd of thousands who gathered at L.A.’s City Hall, the singer read off the names and ages of the 49 people who were killed during Sunday morning’s attack at gay nightclub Pulse, resulting in the worst mass shooting in U.S. history.

She continued, «Tonight I gather humbly with you, as a human being, in peace and sincerity, in commitment and solidarity, to take a real moment and mourn the tragic loss of these innocent, beautiful people.»

The singer fought back tears as she passionately addressed the crowd.

«I will not allow my anger and outrage over this attack to overshadow our need to honor those who are grieving truly for their lost ones,» she said. Adding, «Lost members of the LGBT community.»

She continued, «Tonight, right now, Orlando, we are united with you. And we are here to remember.»

City Hall was lit in rainbow colors to represent solidarity with the LGBT community and the Gay Men’s Chorus of Los Angeles paid tribute with «True Colors.» Gaga was joined by speakers who represented the Los Angeles LGBT Center, Bienestar Human Services, the Los Angeles Transgender Advisory Council and the Latino Equality Alliance.