Lady Gaga is a charitable queen. Not content with raising cash via her #CupOfKindness campaign with Starbucks, the pop star has teamed up with Staples for a new initiative. The company, which sells school and office supplies, has donated to $2 million to DonorsChoose.organd Born This Way Foundation to promote kindness in schools and provide students and teachers with the resources they need. Mother Monster is supporting the campaign with a PSA that finds her moonlighting as substitute teacher.

“I was actually always a very big fan of Yoko Ono and also her work with her late husband John Lennon, and when they made peace statements together, they were very simple; they would say things like, ‘Give peace a chance,’ and the press would say, ‘Well, what do you mean?’ and they’d say, ‘That’s what we mean — just give it a chance,’” Gaga says of the initiative. “We’re asking people to give kindness a chance.” Watch the PSA up top and find out more about the campaign here. They are giving away scholarships and prizes including concert tickets. 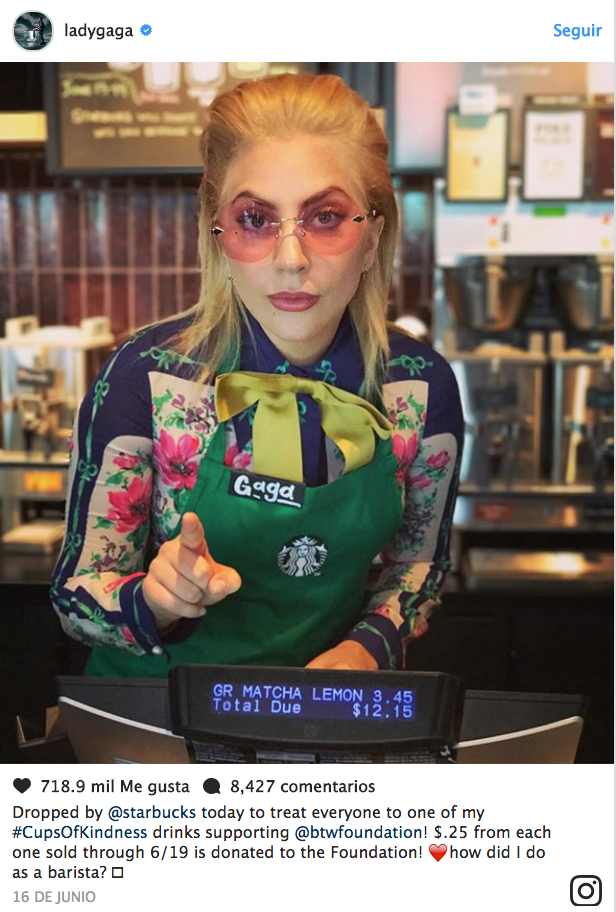