Tyga can cancel his Uber request.

Thanks to his girlfriend, 19-year-old E! reality star Kylie Jenner, the 26-year-old rapper is now the proud owner of a Bentley. Jenner updated her Snapchat story Wednesday, which showed her surprising her boyfriend with the luxury vehicle. But, just hours earlier, TMZ reported that Tyga’s Ferrari was repossessed as he and Jenner visited a Bentley dealership in California.

«So, fake stories came out today. The blogs almost ruined it and said me and T were at the Bentley dealership when really it was only me,» Jenner explained to her fans. «And I had to lie to T and say, ‘I have no idea, T, what the story is. I was not at a Bentley dealership.’ But I was!»

Another video showed Tyga dancing in front of his new ride.

In another clip, Jenner turned on Snapchat’s dog filter and asked, «Did I lie to you?»

Jenner turned the camera back on herself and complained, «The blogs almost f–king ruined it!» 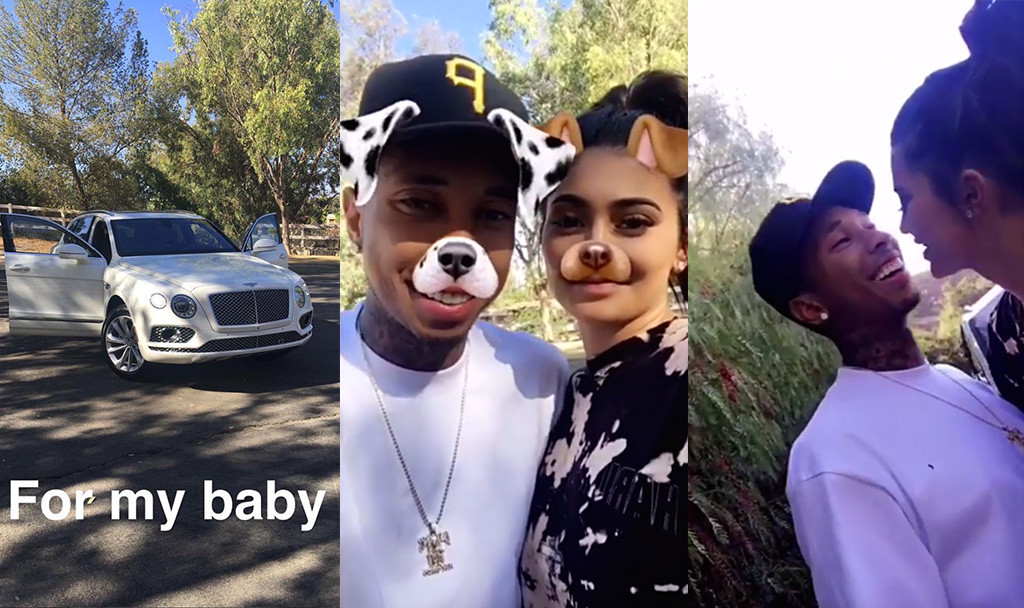 The E! star later retweeted a fan who wrote, «I want that @Tyga and @KylieJenner surprise of new cars type of love.» When another Twitter user claimed TMZ got the story «wrong again,» Jenner defended the rapper, tweeting, «They always try and come for my baby. I’m over it !!!!»

TMZ reported Wednesday that Tyga’s Ferrari was repossessed at the Bentley dealership after failing to make several payments. Neither he nor Jenner have confirmed or denied the report, though Tyga did imply that something happened. He Snapchatted a picture of his new wheels and added a text overlay. «When ur lil baby cops u the Bentley truck and hides your Ferrari,» he wrote, adding a horse emoji. «Guess I can’t be mad.»

It wasn’t the first time Tyga’s finances made headlines in August. In fact, just a week ago, the «Rack City» rapper was forced to pay a landlord $186,000. Earlier that month, he reached a separate settlement with another property owner.