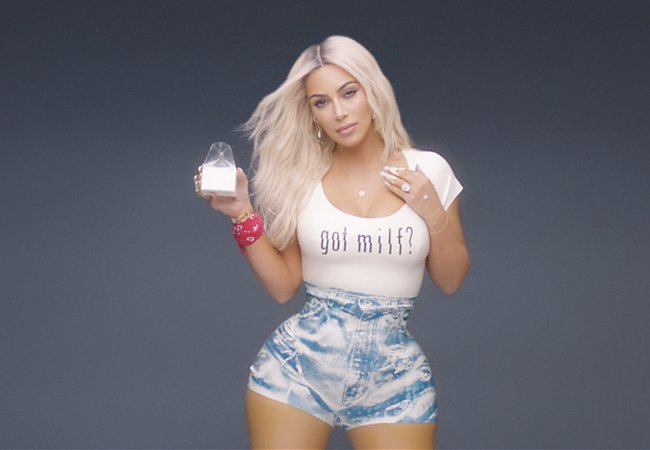 After the clip was released last week, many people speculated on social media that Kim was digitally altered to look slimmer.

The reality star took to Snapchat Sunday night to set the record straight, posting a behind-the-scenes video of her in «M.I.L.F. $.»

This is not the first time people have speculated digital retouching tools were used on Kim’s images. In 2014, she famously «broke the Internet» by posing naked for Paper magazine, whose photos of her also prompted such accusations.

The outlet’s editorial director, Mickey Boardman, addressed the speculation in an exclusive interview with E! News.

«So many people have asked us, ‘Oh, is that butt…it can’t be real, it’s padded, you added to it, in retouching…’ That is all 100 percent Kim Kardashian,» he said.

He did, however, add that retouching was used on a main photo to «make it look as good as it can for a magazine cover.»

«We did not create a body. We did not shave pounds of her waist,» he added. «That is who she is. That’s what she looks like. That’s why she’s a superstar.»