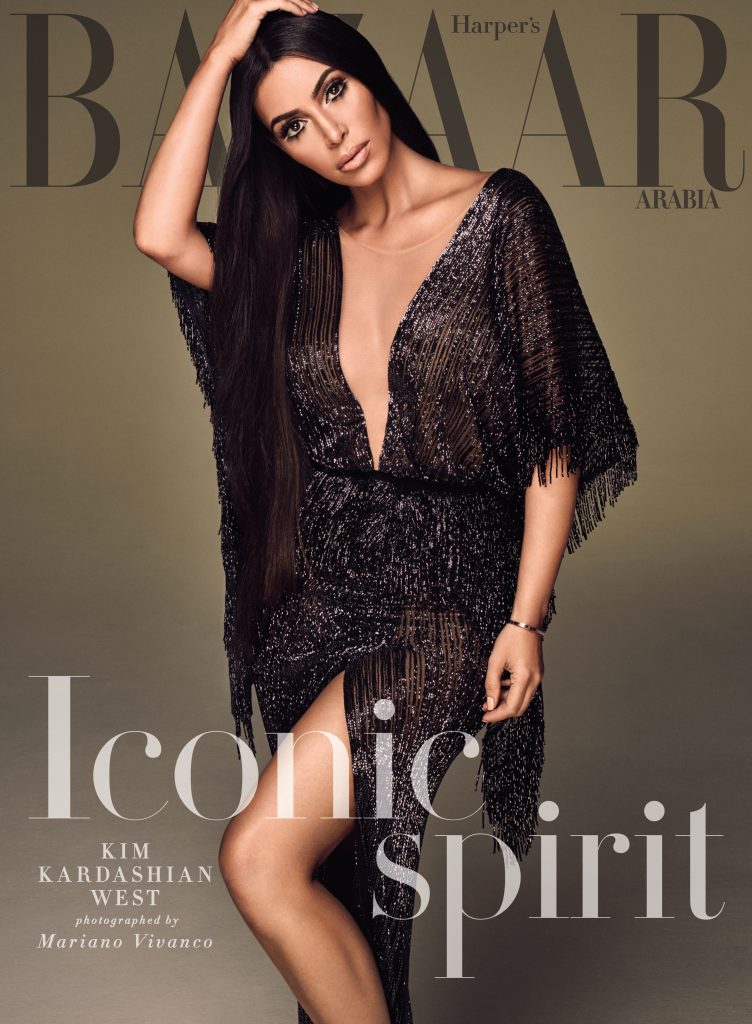 For Kim Kardashian West, imitation is the highest form of flattery when it comes to her fashion icon, Cher.

The 36-year-old reality star covers the September issue of Harper’s Bazaar Arabia and looks nearly identical to the «If I Could Turn Back Time» singer with her long, straight black hair and sparkling ensembles. 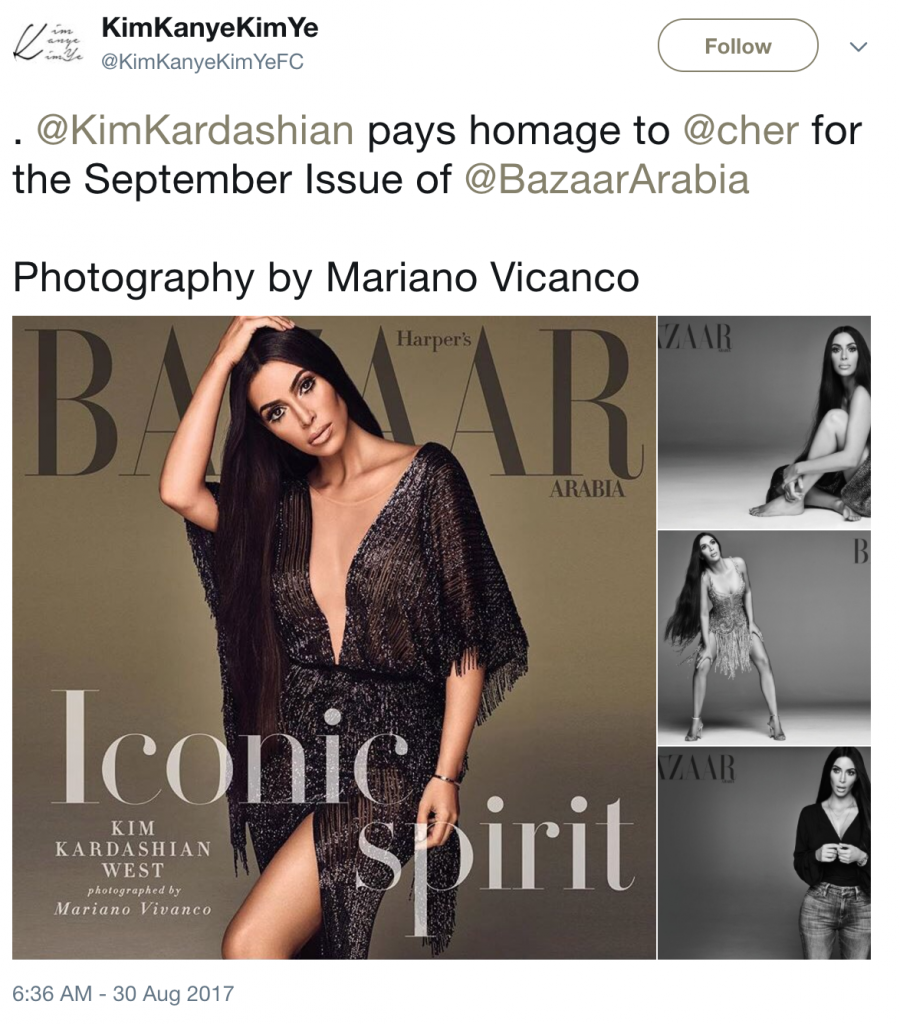 «She’s always had the sickest style, I’m obsessed with her,» Kim praises Cher. «To think that she was wearing these sheer dresses in the ’70s and just what people must have thought back then.»

The mother of two also opens up about her own celebrity influence, and whether she sees herself as a feminist icon. “I said once before that I’m not really a feminist, but I feel I do a lot more than people that claim that they’re feminist,” Kim says. “To clarify what I said before: I feel in my soul I’m a feminist. I just don’t need labels to make me feel or know what I am inside.”

While there’s not much Kim won’t talk about, she rarely discusses politics, especially after her husband, Kanye West, visited Donald Trump during a trip to New York City in December, ahead of him becoming president.

Many fans saw this as Kanye endorsing the future commander in chief, but Kim is adamant that she does not agree with Trump’s politics. «Anyone can run the U.S. better. My daughter would be better,” she declares. “We’ve worked so hard to get to where we were and to have so many things that we were so proud of in our country, to just literally revert backwards is the most frustrating thing.»

Prior to talking politics and replicating Cher’s style in the newly released Harper’s Bazaar Arabia, Kim raised eyebrows when she posed for Interviewmagazine with daughter North while dressed up as former first lady Jacqueline Kennedy Onassis.