After being sidelined for four years, Kesha returned to the pop scene in a blaze of glory with “Praying.” As powerful as the first taste of Rainbow is, it’s more of a statement than a song. (At least, to my ears). The same can’t be said of “Woman” — a rowdy, rollicking female empowerment anthem that sounds like cock-pop of Warrior on mushrooms and steroids. Featuring The Dap-Kings horn section, the 30-year-old’s latest is also a throwback to a completely different era.

“It was such an experience to come into their world and see the stacks of reel to reel tapes of Sharon Jones and Reigning Sound records that I love along the walls,” Kesha wrote of the recording experience in an essay for Rolling Stone. “The vibes are real in between those walls and a thick layer of soul seems to cover everything in those rooms and it bleeds into the music. It felt like recording in another era — like how I imagined my heroes recording in the Sixties and Seventies.”

You might also be surprised to learn that the comeback queen co-wrote the feminist bop with a couple of guys (Drew Pearson and Wrabel). “It was such a beautiful experience to write such a strong female empowerment song with two men… because it reinforces how supportive men can be of women AND feminism,” Kesha wrote. “That day was one of the best writing sessions of my life. It was pure raw joy. I have never had such a wonderful and hilarious work day as I did that day. It was one of those days I’ll remember forever.” 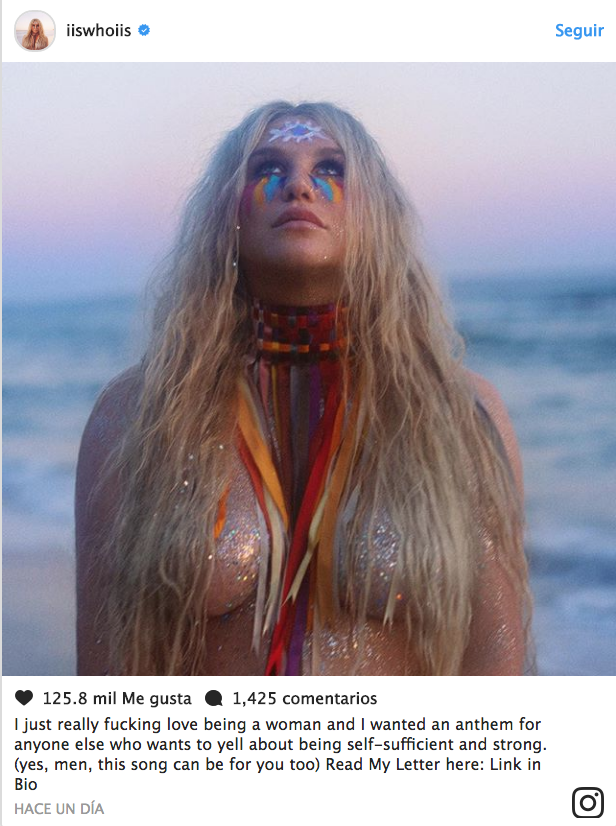