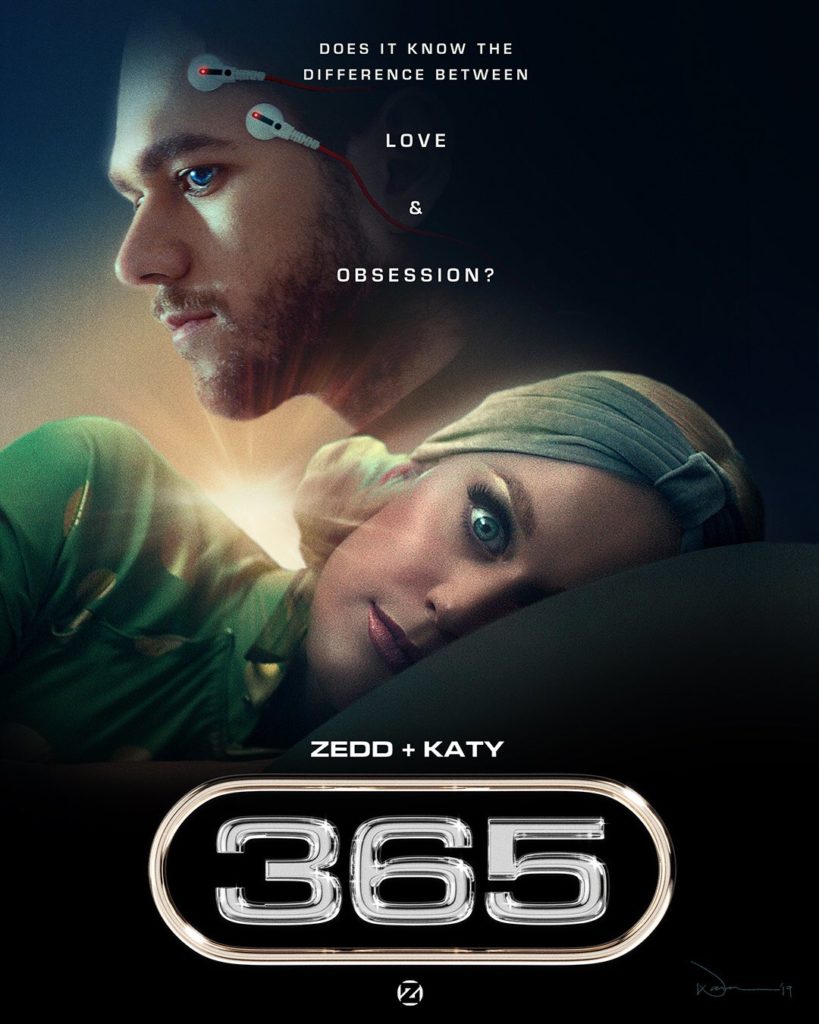 The wait is over! Rumors have been swirling about Katy Perry and Zedd’s pop-saving collaboration for months now. It all started when the “Happy Now” hitmaker hopped on WITNESS: The Tour in late 2018. However, those rumors picked up speed last month after the duo registered a track called “365” with Universal Music Publishing Group. Since then, anticipation has been sky-high to hear what they cooked up in the studio. Today (February 14), it is finally out! And it sounds like a potentially massive hit. Boasting an addictive production and sugary sweet lyrics, the single is perfectly tailored for a Valentine’s Day release.

“Waking up next to you in the middle of the week. Never needed anyone to send me off to sleep. And I know I said go slow, but I can’t hold back no more,” Katy sings. She falls even deeper in love on the chorus. “Are you gonna be the one that’s on my mind? 365, all the time? I want you to be the one to stay. You give me the night and day.” That sentiment takes on a different connotation in the accompanying video, which plays with concepts of love and obsession. In the Warren Fu-directed release, the “Bon Appetit” diva is an android who develops feelings for the very-human Zedd. There are some twists and turns, all of which build up to a heartbreaking ending. Basically, it is essential viewing.

Zedd opened up how the song came about in a press release. “Katy and I have known each other for a while now and while on tour together in Australia last summer, we started working on some music,” he explained. “After we got off tour and with our musical value systems even more aligned we continued working together and that’s when ‘365’ started to take shape. As it all came together, we knew we had something special.” Katy echoed his message. “I was really excited for Zedd to join my WITNESS: The Tour last year, and in our down time, we started vibing on music, which led to this special song.” Check it out below!