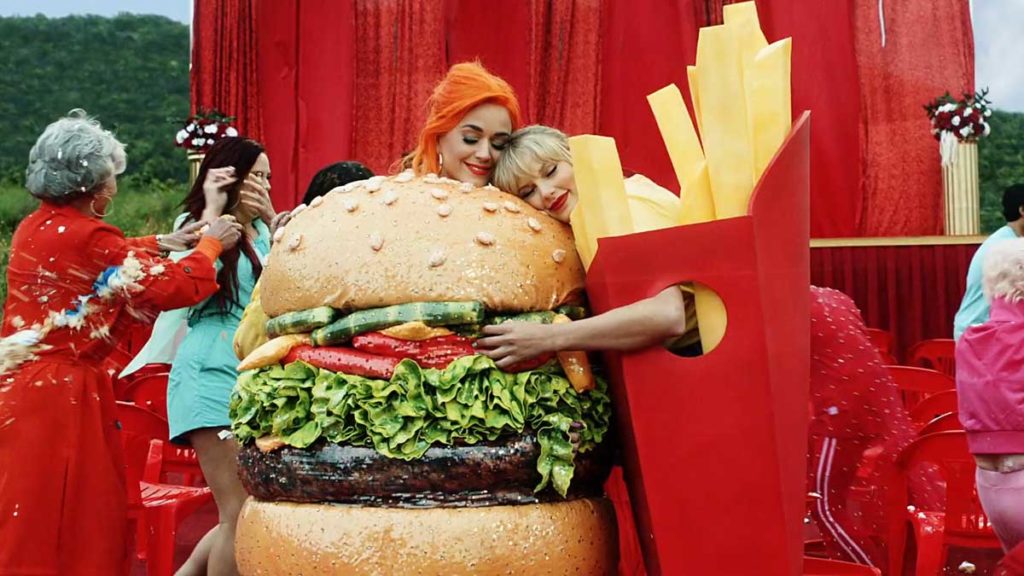 Is a collaboration between Katy Perry and Taylor Swift happening? In a new interview on Monday (May 11), Perry teased the possibility while promoting her upcoming performance on American Idol.

«Well, you’re just gonna have to tune in to Idol next week to see all rumors, true or false,» the pop star told Extra as her fellow judges Luke Bryan and Lionel Richielaughed along at her promoting the show.

Whether or not it’s a collaboration with Swift, Perry is set to release her new track «Daisies» — the lead single from her upcoming fifth studio album — on May 15, just two days before the season finale of American Idol, where she’ll perform the track live for the first time. (Perry also joked that she will not be giving birth on air.)

An assist from Swift would mark the first time the two singers have collaborated in the studio, though they ended their longstanding feud in 2019 when Perry made a surprise cameo in the video for Swift’s second Lover-era single «You Need to Calm Down.»

Check out a clip from Perry’s Extra interview below.

Tonight on #ExtraTV: @KatyPerry, @lukebryanonline & @lionelrichie are dishing on #AmericanIdol! Plus, we ask Katy about those Taylor Swift collab rumors! pic.twitter.com/OxenKPZ0gU