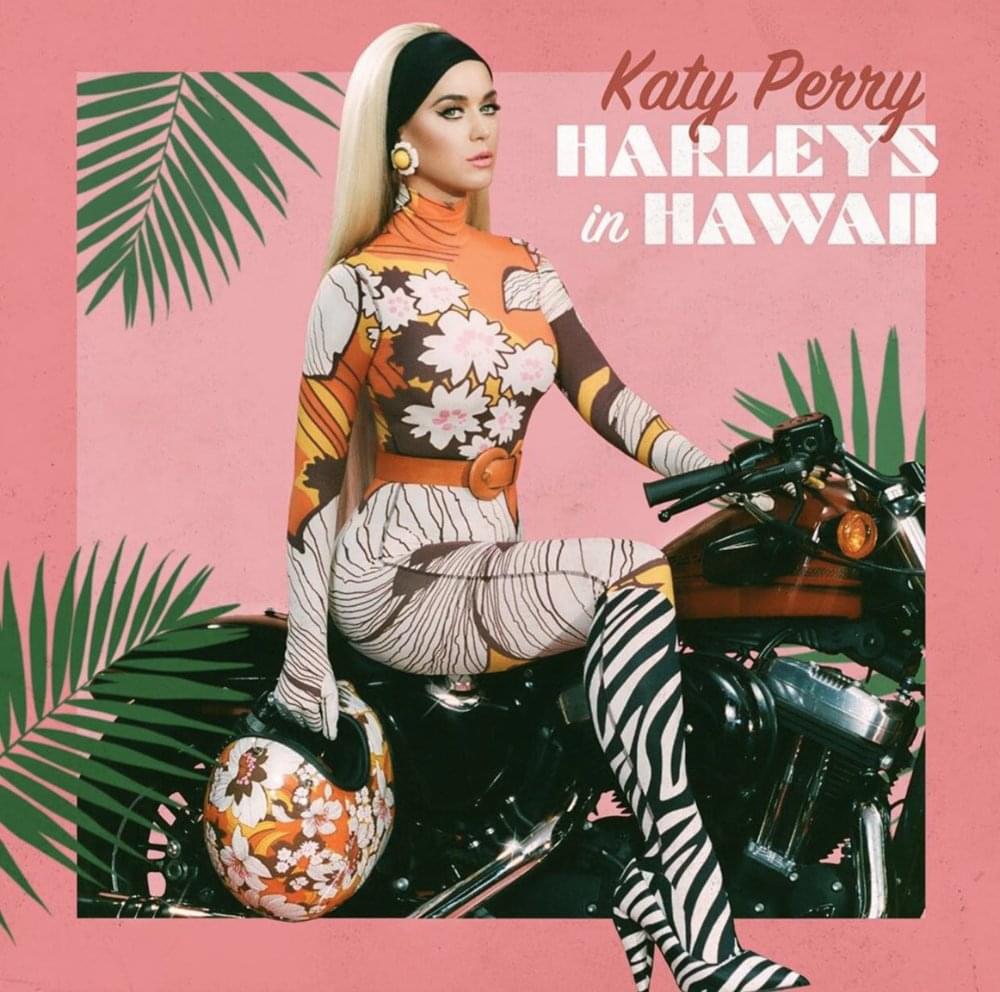 «There’s pink and purple in the sky-y-y» for Katy Perry’s new vertical video for «Harleys in Hawaii,» which she released Friday (Nov. 8).

The camera pans out to reveal the palm trees perfectly framing the pop star’s shot, which widens enough for fans to see the rest of her ensemble: zebra knee-high boots and a matching mutlicolored floral motorcycle helmet. Unlike the «Harleys in Hawaii» music video she premiered with the single on its original Oct. 16 release, Perry’s latest visual shows off her solo (and equally fabulous) venture.

Watch the breezy clip for «Harleys in Hawaii» below.