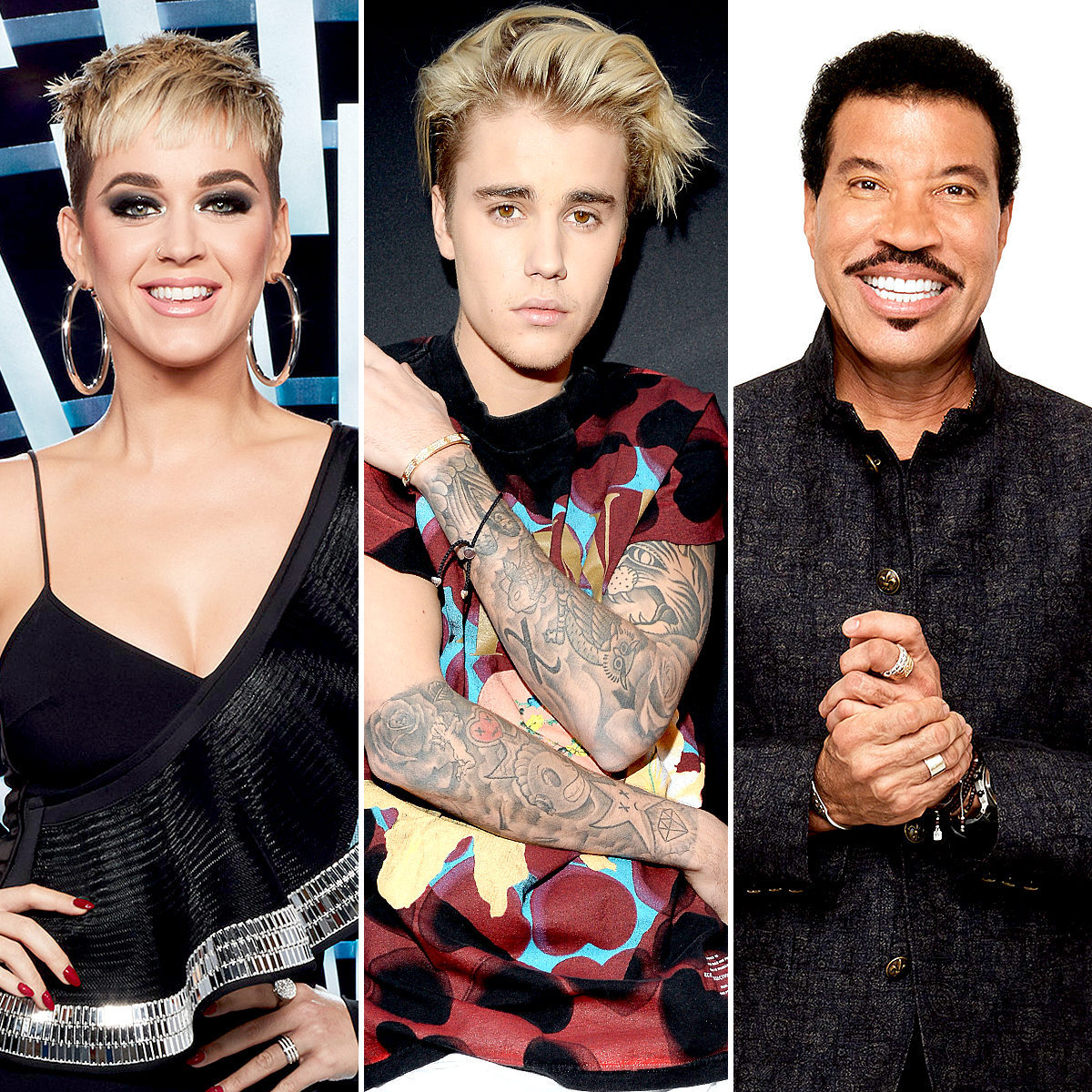 Lionel Richie is not a big fan of Justin Bieber’s talent, but Katy Perry has come to the singer’s rescue after her fellow ‘American Idol’ judge gave his daughter’s ex a nasty diss.

Maybe there’s still some hard feelings left over for dad Lionel Richie, 68, after his 19-year-old daughter Sofia‘s failed romance with Justin Bieber, 24. That might explain why the music legend and American Idol judge went in hard on Justin’s talent. In an interview with Us Weekly after the  AI Top 10 Reveal Live Show on April 23, Lionel dissed the Biebs’ vocal range. While discussing the contestants’ skills, he said “You know, you look at it and you think, ‘OK, if you can hit every note perfectly, why isn’t everybody a superstar?’ The answer is because it’s called a unique quality. If you look at Willie Nelson for a second, can he hit a gospel note? Um, no! And [Justin] Bieber, he doesn’t hit a high note.” Ouch!

Whoa! That shade kind of came out of nowhere and fellow judge Katy Perry, 33, jumped to the singer’s defense. “He hits a high note,” she fired back while Lionel stood his ground, noting, “I’m just saying.” Brutal! Fellow judge Luke Bryan, 41, then ribbed Katy about being a a Belieber, telling her “You defend Bieber, you love some Bieber!” The “Roar” singer refused to back down, responding,“I mean, he’s extremely talented.”

Maybe Lionel isn’t too fond of Justin after he started dating daughter Sofia for two months back in 2016. She was a barely legal 18-year-old and the singer was still in his wild child days before he cleaned up and devoted his life to his faith. The pair ran off on romantic trips to Mexico and Japan before things cooled off. Now she’s dating 34-year-old father of three and party fiend Scott Disick, 34, so in comparison Justin seems like a much better option. Lionel has never really spoken about his feelings for the “Friends” singer, telling TMZ in Sept. of 2016 “I’m not going there. I have strict orders not to go there,” about Sofia’s guy at the time. Now that he’s dissing on Justin’s musical abilities, maybe we’re finally getting Lionel’s real opinion of him.