The rapper exploded with fury on social media and spoke out about his ex-wife’s affair with Pete Davidson.

Kanye West was able to attend his daughter Chicago’s birthday party after publicly denouncing that his ex-wife Kim Kardashian did not invite him.

On Saturday, the 44-year-old rapper live-streamed on Instagram from his car, claiming Kim didn’t want him at their daughter’s party. «I was not allowed to know where she was holding her party. This is the kind of game being played,» Kanye said. «It’s the kind of thing that has really affected my health. I’m taking control of my narrative this year.»

«I’m being the best dad and I’m not going to let this happen. Chicago, happy birthday. I love you and I’m putting this online because I need support from all of you,» the musician explained.

«This is going to stick in her mind that I wasn’t there for her,» he added.

West then claimed that he was banned from the party after trying to contact his ex and people close to her. «I called Kim, I texted the nannies. I talked to Tristan [Thompson] on the phone, asked Khloé [Kardashian] and no one will tell me the address of my daughter’s birthday party right now,» she said in the video.

«I was supposed to be in Miami recording my album. My whole schedule is based on me being able to get my kids to school, being there for them, making sure I’m in their life (…) I’m using my voice to say, ‘This is not going to keep happening.'» 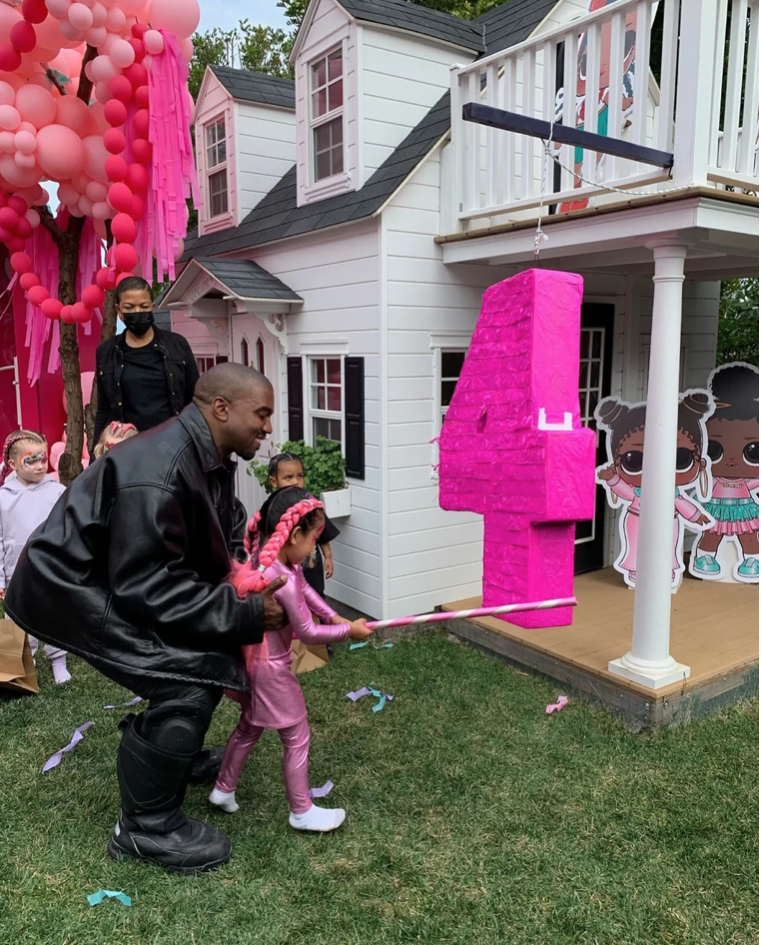 Several hours later, it was revealed on social media that Kanye was able to attend Chicago’s birthday party. In one of the photographs, posted on Instagram, he appears next to his daughter. In another capture he is accompanied by his former mother-in-law, Kris Jenner.

Meanwhile, Kardashian did not respond publicly to his ex, and only shared photos with his daughter. ‘My birthday girl turns 4 today! You are the most adorable, huggable little girl on the planet,’ she wrote in one of the photos she shared on Instagram.

In a recent interview, Kanye made some comments about Kim’s new relationship with actor and comedian Pete Davidson, 28, and explained why he spent $4.5 million on a house that is located across the street from his ex-wife’s mansion.

«Earlier this week, on Monday, when I went to pick up my kids from school, I was stopped at the door by security,» West explained in a dialogue with Jason Lee. «So, at that point, security was between me and my kids.»

«And I heard the new boyfriend is in the house that I can’t even go to,» West told the outlet, referring to the SNL comedian

«They can go on SNL and make jokes, they can make jokes in the media, they can plant stories, about who I’m dating and whatever I want to do,» he said firmly, still referring to Davidson and his ex-wife. «They can block deals, they can do all that kind of stuff, but I can tell them straight up, don’t play games with my kids.»

Kardashian, 41, filed to be legally single in the midst of her divorce from West in November. The businesswoman and the rapper, who is having an affair with actress Julia Fox, have been separated since February. It was Kim who decided to end their marriage. The former couple married in a castle in Florence, Italy, on May 24, 2014, after two years of dating.

In his interview with Hollywood Unlocked, Kanye confirmed that he purchased the home in the exclusive Hidden Hills, California neighborhood, which sits just yards from his ex-wife’s family home…. «I need to see my kids. That’s why I got the house. It was pointed out that there was something wrong with me buying a house near my kids.»

«Don’t play with me, don’t play with my children. There is no security that comes between me and my kids,» Kanye said insinuating that Kim is blocking access to the kids.

A source told TMZ that «Kim never denied him time with North, Saint, Chicago or Psalm. She makes sure he gets as much time with them as his schedule allows.»

The site added, «The only thing Kim has asked Kanye to do is call ahead when he wants to go home to see the kids. We’re told he simply wants some structure to protect his right to privacy in his home.»