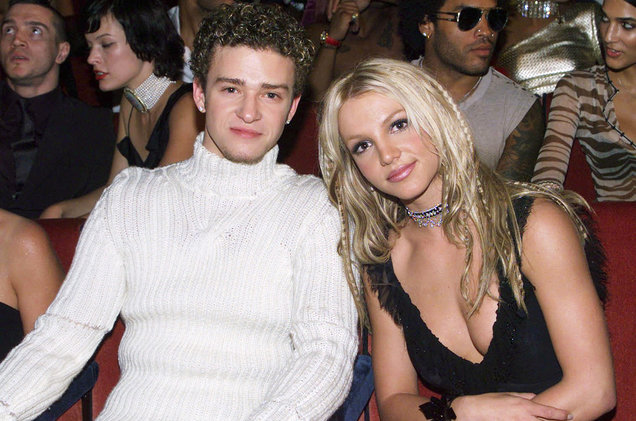 Does time really heal all wounds? More than 14 years after their power pop relationship melted down, it seems like Britney Spears and Justin Timberlake are down for a new collabo. A couple weeks ago, during a Q&A on Most Requested Live with Romeo, Brit was asked who she’s like to hit the studio with, and she rattled off Aerosmith’s Steven Tyler, Gwen Stefani… and Justin!

«Justin Timberlake is very good,» she said. Well, during a chat with E! News‘ Marc Malkin at the Toronto International Film Festival last weekend to promote his debut of his Netflix documentary Justin Timberlake + the Tennessee Kids, Timberlake was surprised to hear that the reported subject of his scathing «Cry Me A River» was down to harmonize with him.

«She did?» he responded when told of Brit’s comments. «Sure! Absolutely, absolutely. I have a 17-month-old so I don’t get the headline news. I apologize for not being in the know… I’m accessible, give us a call!» The pair worked together on «What It’s Like To Be Me» on Spears’ 2001Britney album, which JT co-wrote with choreographer Wade Robson. A spokesperson for Timberlake could not be reached for further comment.