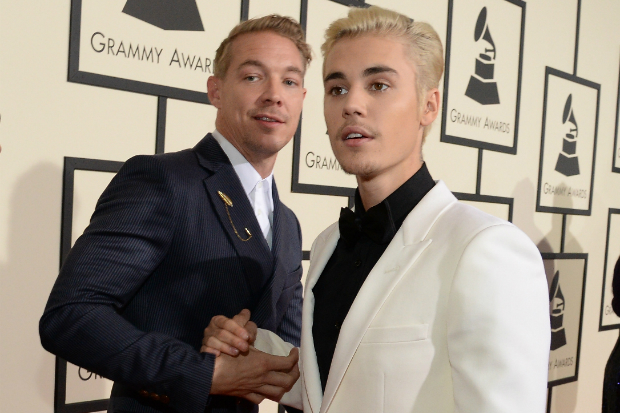 The new song is expected to premiere on Beats 1 later this month.

Back in May, Diplo confirmed a Major Lazer and Justin Bieber collab featuring MØ onTwitter and Beats 1. Now rapper and producer Benny Blanco and Ed Sheeran are joining the chart-topping trio on «Cold Water.»

Justin Bieber and Diplo worked together on the tropical hit «Where Are Ü Now,» while MØ worked with Major Lazer — Jillionaire, Diplo, and Walshy Fire — on the inescapable «Lean On.» The guitar-toting Sheeran isn’t be a complete stranger to the dance music realm — he ventured into house territory in 2015 with Rudimental’s «Lay It All On Me.»

Bieber teased the entries onto the track via Twitter on Friday. «Cold Water» is expected to premiere on Beats 1 later this month.