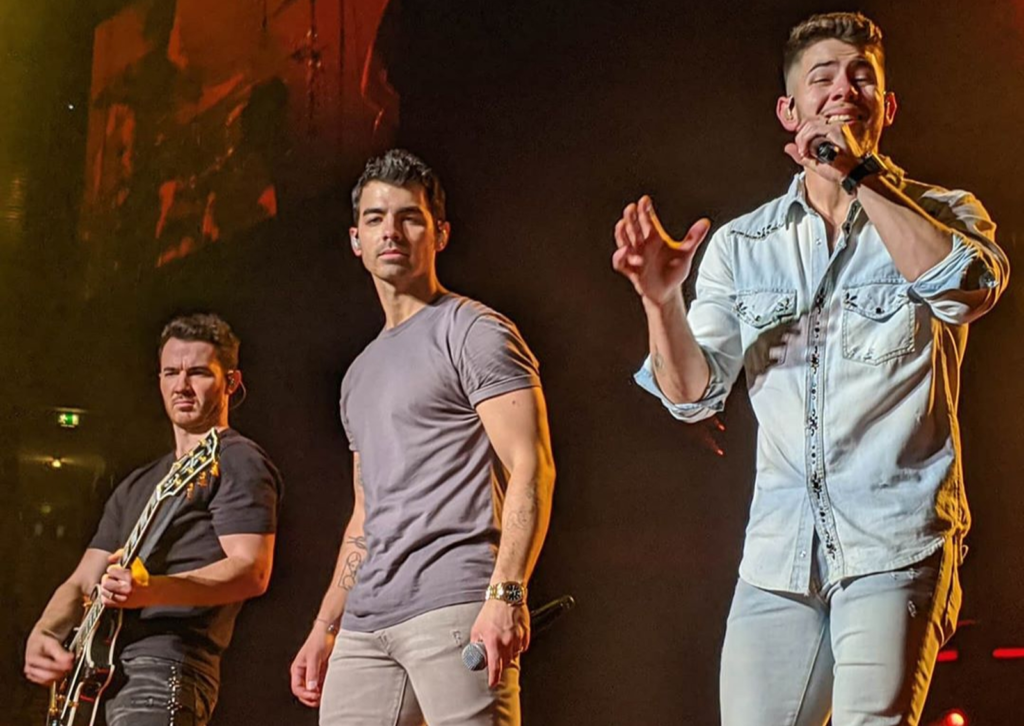 Jonas Brothers stars Nick, Joe, and Kevin Jonas gave some fans the surprise of their lives when they popped into some Zoom calls following the release of their new movie.

The trio debuted Happiness Continues: A Jonas Brothers Concert Film on Amazon Prime Video on Friday, and they urged fans to watch the feature together via the video conference app by teasing they may show up unannounced to their virtual gatherings.

True to their words, the brothers, along with Kevin’s daughter Alena, showed up during a number of group chats, as fans took to social media to express their shock and delight at coming face-to-face with the stars.

“That was so much fun getting to surprise you guys Face with tears of joy Thanks for having us on your Zooms!!” the band wrote after crashing some chats.

“Hope you all have an amazing rest of your Friday night and enjoy #HappinessContinues. Love you guys!! #JonasWatchParty”

Happiness Continues is the follow-up to last year’s Chasing Happiness documentary, which chronicled the brothers’ musical reunion as they launched their pop comeback.

It comes after the hitmakers were forced to axe their planned nine shows at the Park Theater at Park MGM in Las Vegas from 1 to 18 April, as part of their new Jonas Brothers in Vegas residency show, due to the coronavirus pandemic.