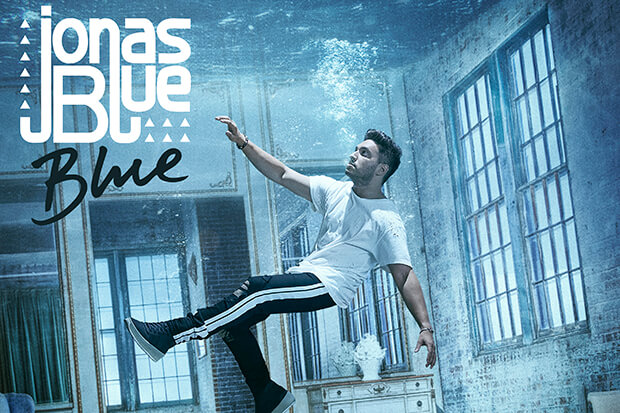 At this point, Jonas Blue’s debut album is basically a greatest hits collection. The UK producer revealed the watery cover of Blue(due November 9) earlier today along with the hit-filled tracklist. As expected, the 29-year-old’s breakout hit “Fast Car” is there as well as streaming giants like “Perfect Strangers,” “Mama” and “By Your Side.” The album also contains “Rise,” the in-demand DJ’s recent smash with Jack & Jack, and “Polaroid” — his new collaboration with Liam Payne and Lennon Stella. In fact, every song on the album has a feature and the lineup of talent is tantalizing. Joe Jonas lends his voice to “I See Love,” while “BonBon” hitmaker Era Istrefi voices “Purpose.” Other featured artists include Zak Abel, Nina Nesbitt, TINI, Jessie Reyez, Charlotte OC, Juan Magan and Kaskade. Check out the full tracklist below and pre-order the album here. Make sure you also get familiar with “Polaroid” at the bottom of the post, before it blows up on pop radio. This is going to be a big song!