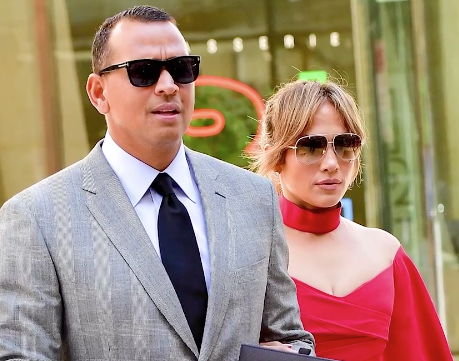 After her emotional performance, ET caught up with the Shades of Blue star to talk about her new Spanish album.

«It’s an emotional song,» she told ET’s Cameron Mathison. «A lot of the songs on the album are like that, even the up-tempo ones have like this beautiful lyrical content … about love and life.»

«I think it’s one of the best albums I’ve made in a long time and i’m super proud of it,» she continued, noting that her boyfriend, Alex Rodriguez, is also a fan of her new music.

«He loves it,» she said. «I’m so excited, you know, every time I finish something, I bring it home and I want him to hear it.»

«He’s so supportive,» she continued. «He’s such a supportive person and he’s so lovely.»

«He’s actually working in Connecticut but he will be here later,» she said when asked why Rodriguez wasn’t at the awards show.Lopez also revealed that she doesn’t mind the nickname, JROD, which fans often use to refer to the couple.

«It’s fine,» she said. «We kind of thought that would happen… because people who knew us were already [saying] it. So, you guys, it’s not like you were original or anything.»