Jennifer Lopez never sleeps. The ultimate triple-threat has multiple TV shows on air, just signed on for a new romantic comedy and is working on her 9th LP. Despite some mixed signals, the latter is shaping up to be a Spanish-language release. (Or at least a bi-lingual opus like Shakira’s El Dorado). She is releasing a new single called “Ni Tu Ni Yo” on July 4. The track features Cuban reggaeton duo Gente de Zona and boasts a striking cover, which finds J.Lo rocking a flowing, canary-yellow gown.

“Ni Tu Ni Yo” is the diva’s third Spanish-language single in a row after “Mirate,” which she debuted at the Billboard Latin Awards, and “Olvidame y pega la vuelta” — a soaring duet with ex-husband Marc Anthony. Both of those songs were ballads, but I have a feeling that her next offering might be a banger. After all, Gente de Zona specializes in hip-swinging bops. Interestingly, Jennifer also spent some time in the studio with Skrillex and Poo Bear. I guess that means that she could be working on English-language material simulatenously. See her stunning cover art below. 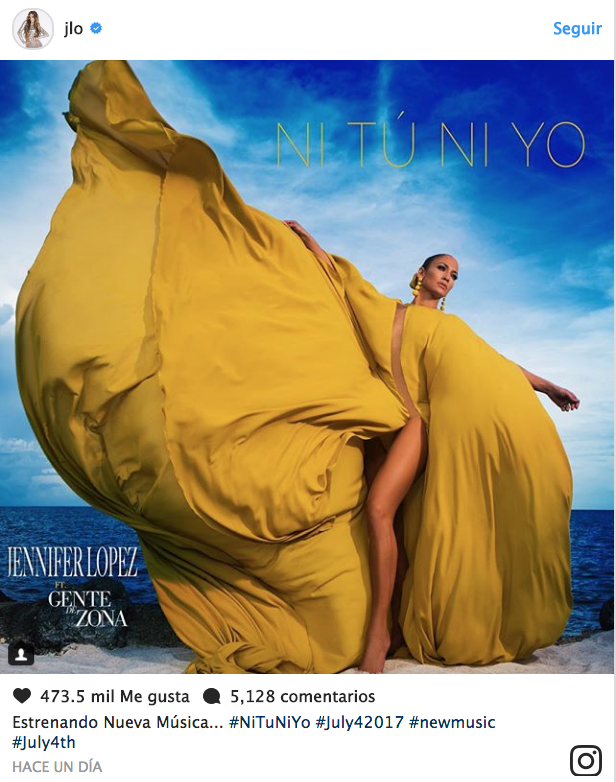