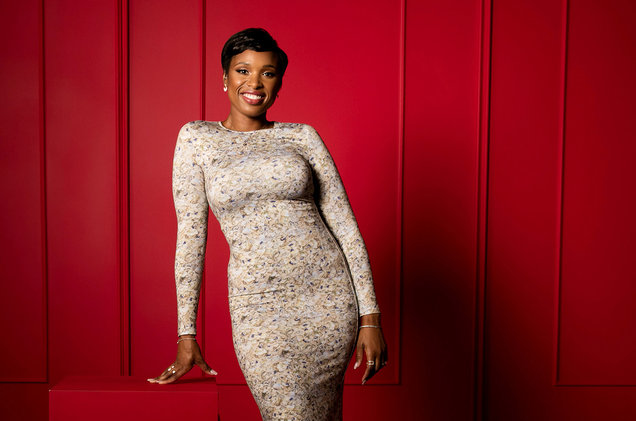 Oscar winner and American Idol alum Jennifer Hudson has signed on for season 13 of the NBC singing competition series, The Hollywood Reporter has learned.

Cyrus made her debut last fall alongside Levine, Shelton and Alicia Keys, who is appearing on the current edition.

“Jennifer is an extraordinary vocal talent and one of the premier voices of our time. She embodies the experience, expertise, positivity and sheer talent that The Voice stands for,” said NBC Entertainment alternative and reality group president Paul Telegdy. “Her exceptional skills as a singer and actress have extended to film, television and Broadway, which makes her an incredible addition and a natural fit for our show.”

Hudson’s casting comes as The Voice prepares to once again face-off against longtime opponent American Idol, which ABC will revive sometime in the 2017-18 season.Hudson first became a household name when she competed on the third season of Idol in 2004. She was shockingly voted off in week seven, but went onto sign a record deal with Arista Records later that year.

She won an Oscar for her performance as Effie White in the film adaptation of the Broadway musical Dreamgirls, and her other subsequent film roles include Sex and the City, The Secret Life of Bees and Chi-Raq. A two-time Grammy winner, she has also released three studio albums.  She just released a new single, «Remember Me.»

The Voice gig brings Hudson back to NBC, where she guest-starred on Smash and recently co-starred in the network’s Hairspray Live! production. Earlier this year, she joined The Voice UK as a coach and won her first season. Hudson is repped by CAA and Ziffren Brittenham.

Cyrus’ return to The Voice comes in the midst of a major makeover. The singer and former Disney Channel star recently appeared on the cover of Billboard magazine in which she discussed her «rootsy» new album, Malibu, and her recent decision to stop smoking weed. «I’m not doing drugs, I’m not drinking, I’m completely clean right now. That was just something that I wanted to do.» Cyrus is repped by CAA, Maverick Entertainment and Eselstein Laird.

With the exception of Levine and Shelton, who have been coaches for every season since its April 2011 inception, The Voice has not been afraid to mix up what talent sits in those signature red chairs. Other previous coaches including Christina Aguilera, CeeLo Green, Shakira, Usher, Pharrell Williams and Gwen Stefani, who is currently appearing as a coach on the show. The Voice was renewed for season 13 back in October 2016, fresh off its third Emmy win for best reality competition. Despite its rising age, the unscripted series continues to perform well for NBC, with the current season averaging a 3.2 demo rating among adults 18-49 with seven days of delayed viewing factored in.