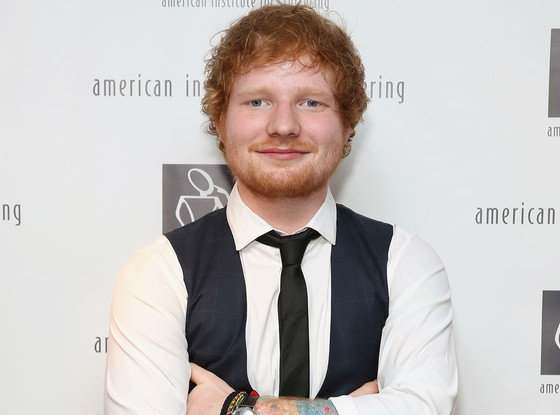 Loving can hurt sometimes, especially if the one you’re loving is Ed Sheeran and now you’re wondering if he’s married.

The Internet start speculating whether or not the singer secretly tied the knot to his girlfriendCherry Seaborn after he showed up in an Instagram photo with a ring on that finger.

The photo in question was shared by musician Jovel, who showed a candid shot of himself sitting on the ground next to his daughter, who was celebrating her 5th birthday, with Sheeran on the other side of her, casually lounging with his hand on his knee.

Oh, and look at that—there’s a ring right there.

While there’s no confirmation that Sheeran did actually tie the knot to his girlfriend of a year, we can definitely imagine what that wedding ceremony would look like.

First of all, it would be quite the star-studded event, and you know bestie Taylor Swift would take charge on all of the wedding planner. In fact, we bet T.Swift would be the voluntary wedding planner (because she sure knows how to throw a party) and quite possibly take on the role of Ed’s best man. Hey, it could happen.

Fellow pals Harry Styles and Niall Horan may get up and sing a little something, and perhapsThe Weeknd would join in. Sheeran’s friends Courteney Cox and Jennifer Aniston would be having a ball and cheers with a memorable toast that would have everyone laughing.

Justin Bieber would probably be the first guy on the dance floor, followed by Johnny McDaidbusting out an epic air-guitar.

And, of course, Beyoncé and Jay Z would be there, which is enough to make you wish you could snag yourself an invite.