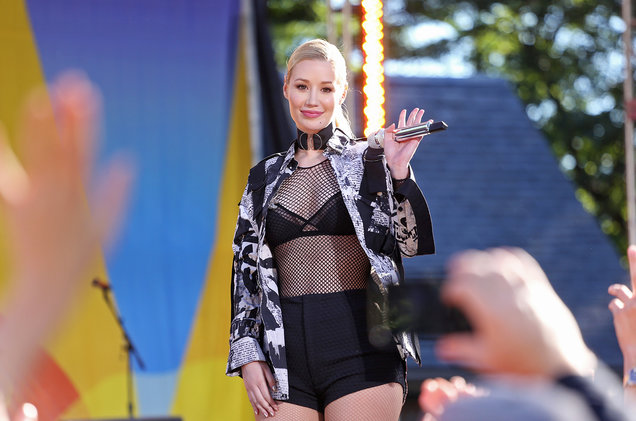 Iggy Azalea is switching up her day job as a forthcoming judge on the TV talent show X Factor. The Australian rapstress — who recently turned 26 — touched down in New York’s Central Park and performed a medley of hits including «Work,» «Team» and «Fancy» on ABC’s Good Morning America and discussed the new role in a post-interview with news.com.au.

Azalea said, «Initially I didn’t know but then I thought it would be good to come back to Australia and have an opportunity to spend some time there and obviously to see my family, who live in Sydney. So I think it will be a good situation for multiple reasons. I’m really excited and I don’t really know what to expect.»

She also said that her mission is to pick standout talent, offering, «I really want to be able to pick unique people and hopefully have them connect with everybody watching.» The gig also marks the «Fancy» hitmaker’s first lengthy return to her stomping grounds in about a decade.

Beyond her forthcoming X Factor duties, Azalea’s forthcoming album Digital Distortion is due later this year. «It’s still super energetic and fun but it’s a bit more aggressive and a little bit darker,» she told GMA‘s Michael Strahan about the project’s sound. «A little bit more grown-up, like me.»