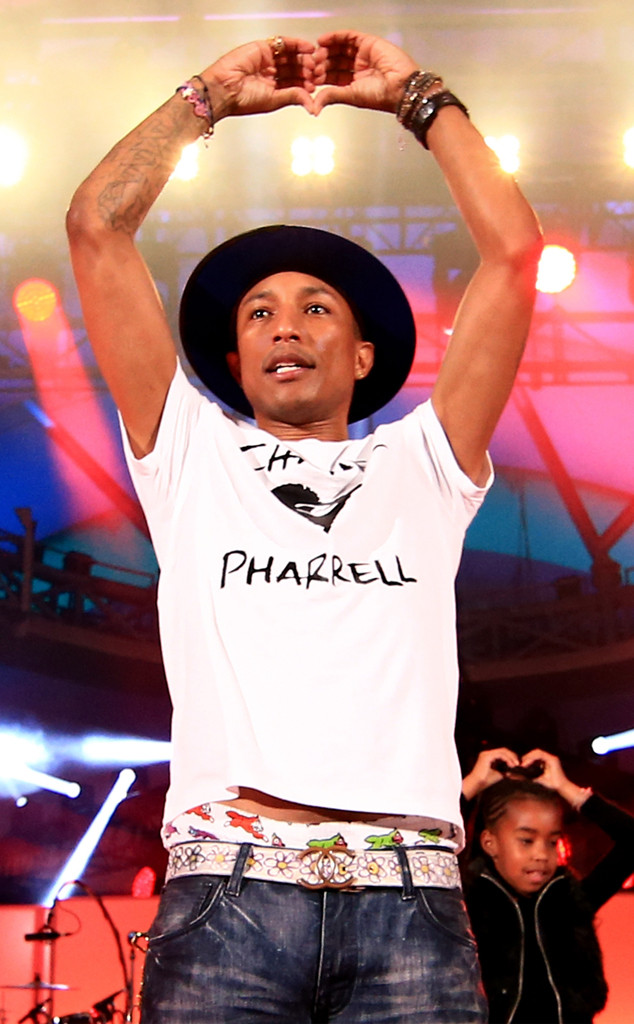 Thankful. Proud. Empowered. Happy. Thankful for the opportunity we are given each day to be the best version of ourselves, proud to be who we are, more empowered knowing anything is possible

And did we mention happiness?

About five years ago Pharrell launched i am OTHER, a digital platform allowing for the sharing of various types of creative content with the underlying philosophy of embracing individuality.

«We think individuality is super important because that which makes you different makes you special. People can be honest about who they are, and they recognize that their differences are not things to be ashamed of, but these really special attributes actually give you your identity.»

i am OTHER, in collaboration with Yoobi, a creative supplies and stationery company, recently unveiled its back-to-school collection embodying a positive message about self-acceptance while giving back to those less fortunate. For every Yoobi item purchased, a Yoobi item will be donated to a classroom in need.

Pharrell tells E!, «We used silhouettes of what Yoobi already had (backpacks, pencil holders, binders, etc.) and put things on them that just might inspire. We actually created a focus group of children to choose words they felt like spoke to them or phrases they felt inspired them.»

«Identity is the new wealth» he continued, «…We all bleed the same color but there are differences and those differences actually make us special. There are people who get really insecure about those things and they fight to rub those things out, or they argue against those things, and that makes society super bland. Society is beautiful when it is colored with culture, and you’ll never get that blanket of culture if you don’t have each one expressing who they actually are.»

As a father to 8-year-old Rocket Williams, Pharrell further explained his motivations for collaborating with Yoobi: «I had the future in mind…there is huge necessity of community that we just don’t have. And most people don’t recognize the importance of individuality, they don’t recognize what that can do when you galvanize enough of the right individuals who recognize that what makes you different makes you special, there is a need to make sure that those bright minds have supplies. If they don’t have supplies they don’t have the means to take their aspirations to the next level. So for us this was a wonderful proposition that needs to be talked about, and that needs to be replicated in order for us to heal this planet and to take our species to the next frontier.»