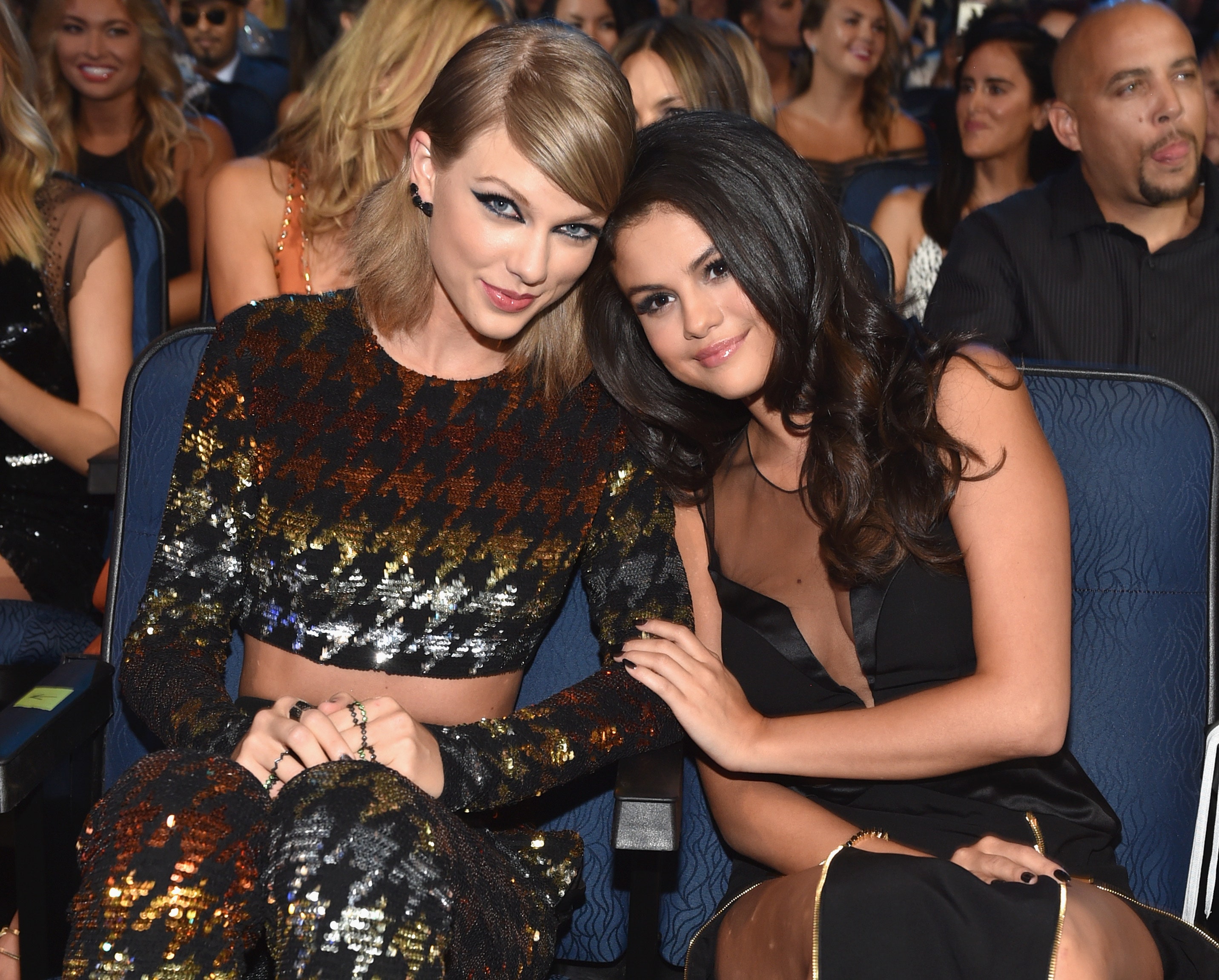 “It was the best thing we got out of those relationships,” Gomez joked to KISS FM UK.

Selena Gomez dropped by the KISS FM UK studio to promote her latest single “Wolves,” with Marshmello, and being the most-followed person on Instagram. While chatting with the hosts about a potential 2018 tour, Gomez didn’t hold back in gushing over her BFF Taylor Swift, who is about to embark on her own Reputation tour.

When asked about an onstage collaboration, the “Bad Liar” songstress said she’s down: “Any time, any place. She has been a fighter, warrior and friend for — we actually talked about this the other day — 12 years of friendship.”

“She was the girl with the big curly hair and the bracelets and the cowboy boots, and I was definitely up-and-coming. We just clicked,” Gomez reminisced.

“It was the best thing we got out of those relationships,” she joked.