The Democratic National Convention wrapped up Thursday in historic fashion with a speech by the presidential nominee, Hillary Clinton.

After a four-day marathon which featured performances by Katy Perry, Lenny Kravitz, Alicia Keys and other superstar musicians, Clinton accepted her party’s nomination — becoming the first female nominee in a major U.S. party to do so.

After walking out to the campaign’s «Fight Song,» Clinton began her remarks: «What an incredible week it’s been.» She thanked the week’s heavy-hitting roster of speakers, as well as her former rival Bernie Sanders. «Your cause is our cause,» she said. «We are stronger together.»

And staying with her «glass ceiling» breakthrough theme, she told the buzzingPhiladelphia arena: «When there are no ceilings, the sky’s the limit!»

While the gathering at the Wells Fargo Center celebrated Clinton’s big moment, social media users spread their support with the #ImWithHer hashtag. The hashtag immediately began trending worldwide. Read some of the comments below. 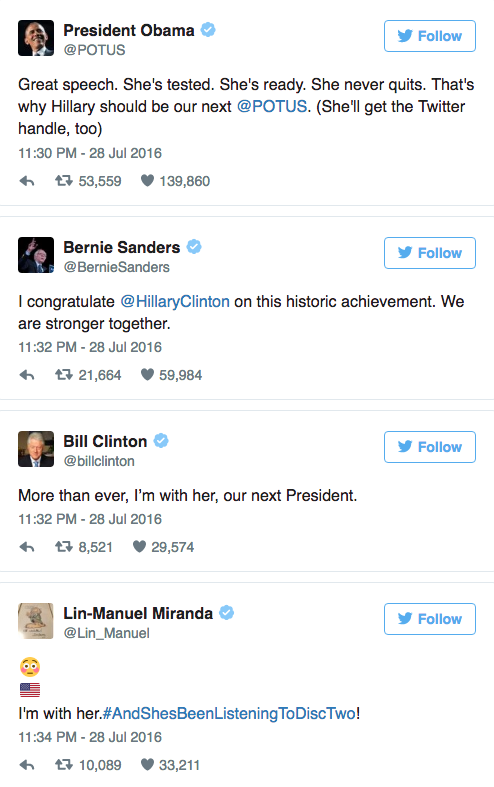 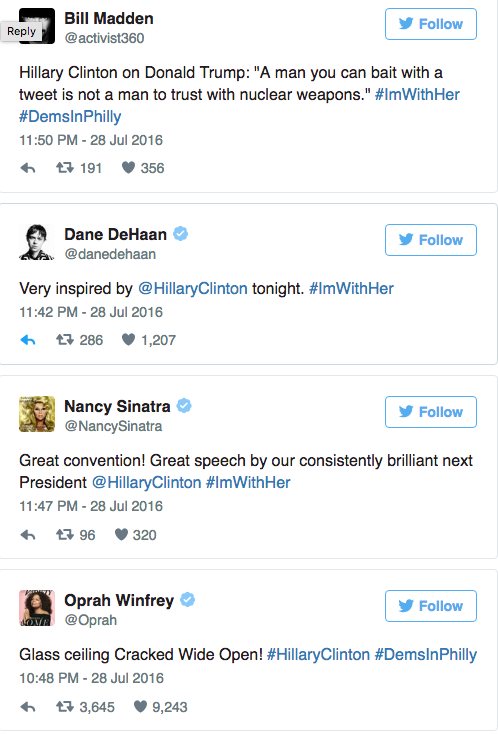 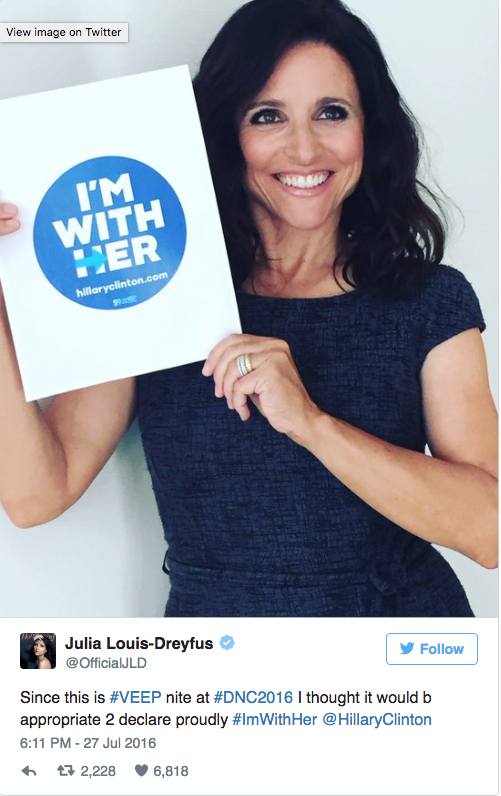 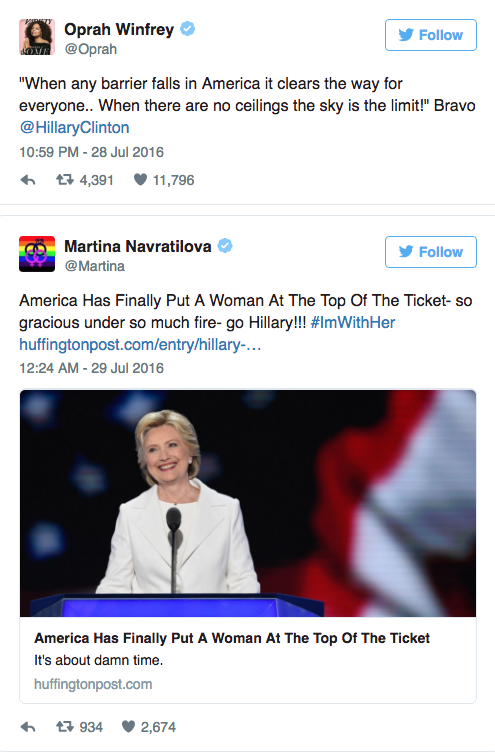 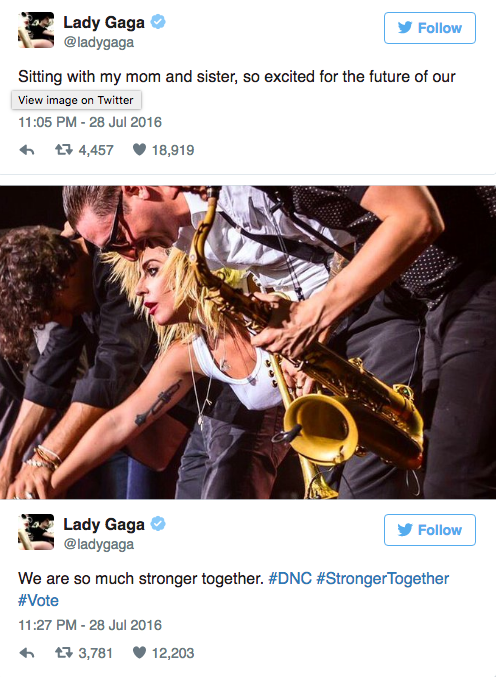