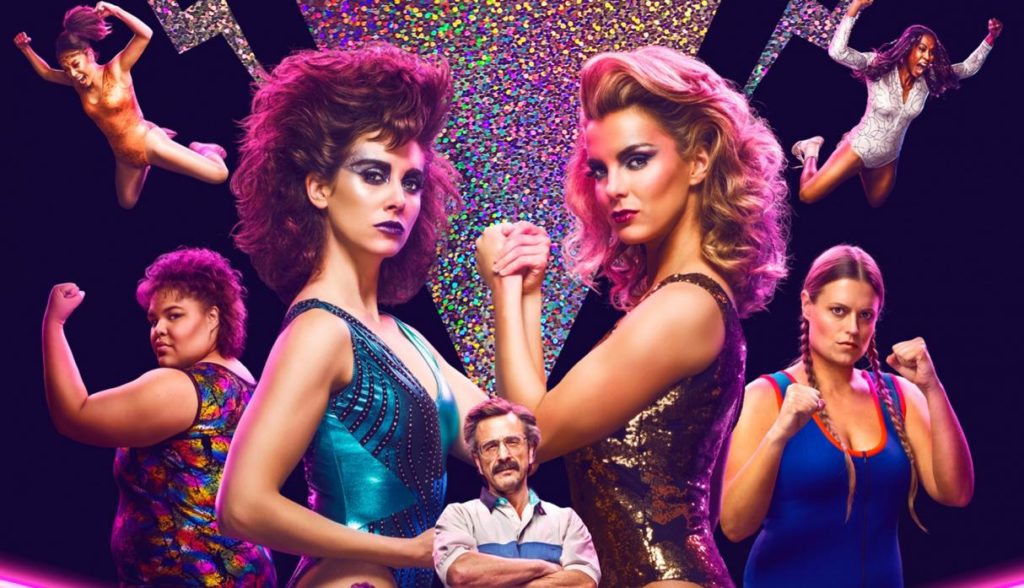 It seemed like a pretty sure thing, but given Netflix’s history of cancelling shows in batches with little warning (particularly shows that spend a decent amount on, say, period detail), we were nervously hopeful that GLOW would keep on. After all, anybody who caught the show’s terrific second season would say that there’s nowhere to go but up for the series, which found a much stronger footing as a dramedy with its emphasis on the drama. Given the season’s wide-open conclusion, it’s reassuring to get the news that Netflix has officially renewed the series for a third season. The third season will (mild spoiler alert) see the women of GLOW take the show out of seedy ’80s Los Angeles and on to a nightly revue in Las Vegas. Ruth (Alison Brie) and Debbie (Betty Gilpin) remain a complicated pairing, Sam (Marc Maron) will look forward to continuing his reparation into a less bottom-feeding kind of filmmaker, and the show will presumably get the kind of facelift that’ll make it bigger than ever before.

We’re sure those 10 Emmy nominations didn’t hurt, but all the same, we’re beyond thrilled to see the show return. In a TV landscape so entrenched in prestige-chasing, aggressively grim series, GLOW has wound up being a pleasant counterpoint to so many of them even when it explores heavier material. Season three doesn’t yet have an airdate, but particularly if the show turns up strong at the Emmys next month, we wouldn’t be surprised if some news emerges about that sooner than later