As promised, Warner Bros. Pictures today shares the first teaser trailer for director Todd Phillips’ Joker, starring Joaquin Phoenix. The movie accounts for the first time that we’ll be seeing the villainous character since Jared Leto’s portrayal in Suicide Squad from 2016. The trailer for Joker gives us a look at how Arthur Fleck  the man who will eventually become the Joker transitions from happy-go-lucky clown to cynical monster. “I used to think my life was a tragedy,” Fleck says, “But now I realize it’s a comedy.”

As Fleck witnesses the world around him becoming more sinister than ever, he begins to take a sadistic turn of his own, ultiatmely transforming into the infamous Batman villain.

Some insist that Jared Leto’s portrayal of the Joker in Suicide Squad left much to be desired. This largely puts responsibility on Phoenix to turn the ship for the iconic character. Expectations will be high nonetheless, thanks to legendary performances from the likes of Jack Nicholson in 1989’s Batman and Heath Ledger in 2008’s The Dark Knight.Expect to see and hear more surrounding Joaquin Phoenix and Joker leading up to the movie’s much-anticipated October 4 release date. Until then, we’ve compiled the best reactions to the first Joker trailer. See them below. 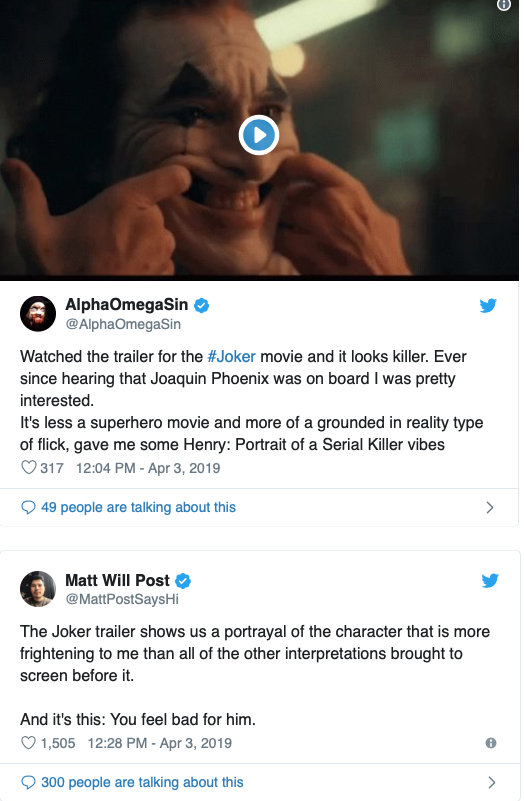 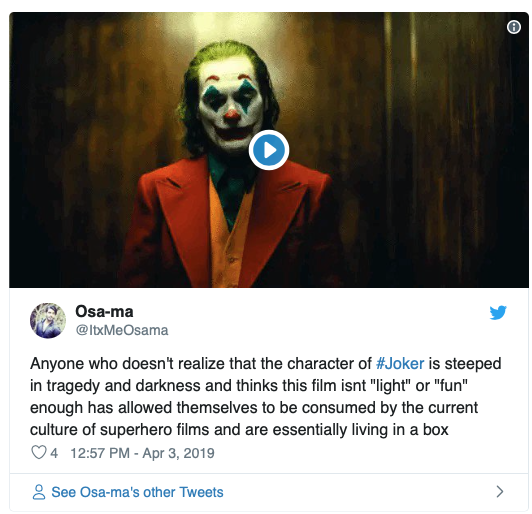 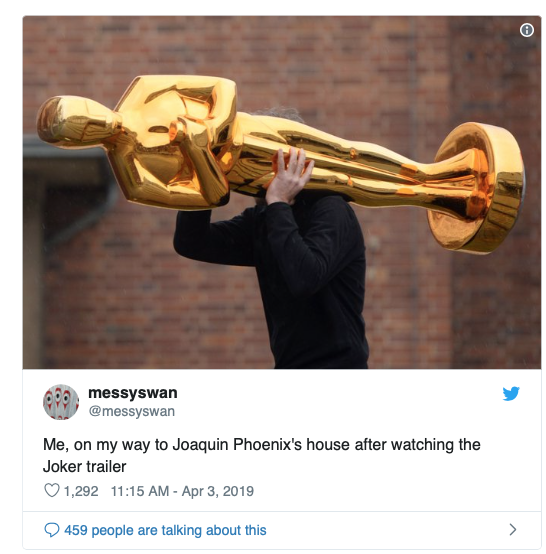 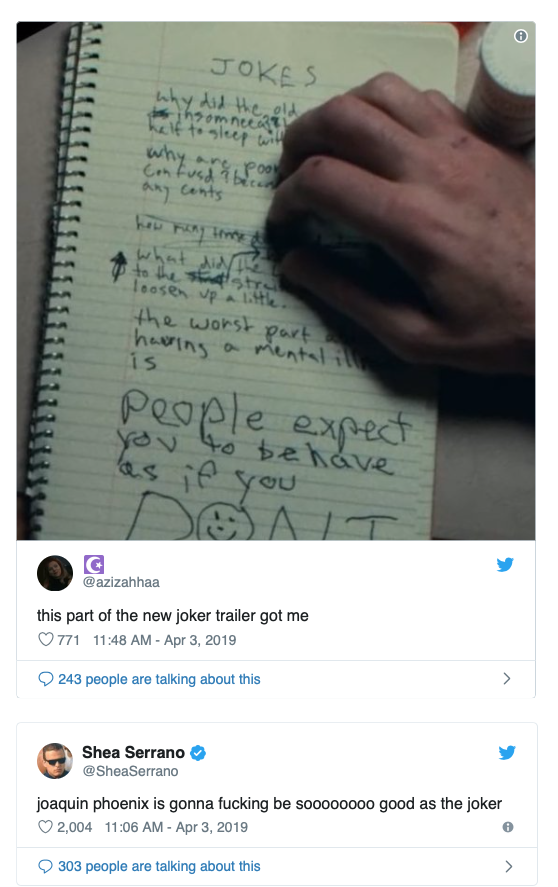