Fifth Harmony briefly returned to a five-member lineup when Gucci Mane joined the girl group on The Tonight Show for a performance of their collab “Down.”

It was a big night for 5H, which was making its first-ever appearance on Jimmy Fallon’s late night show. The host took the opportunity to announce their self-titled, third album will arrive on Aug. 25. 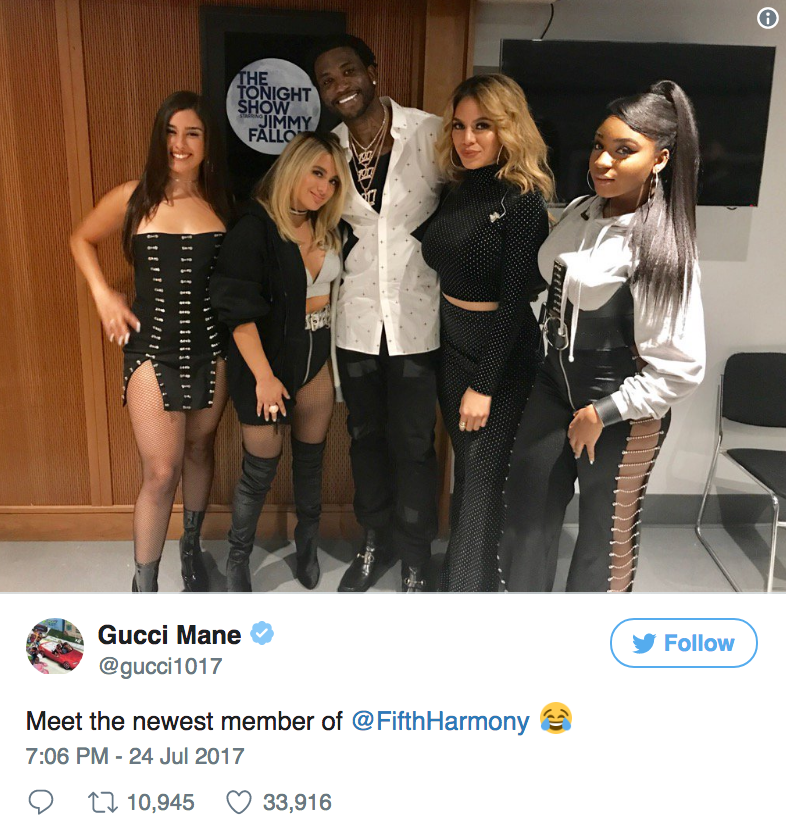 “Down” is the first single lifted from Fifth Harmony, the followup to 7/27 which peaked at No. 4 on the Billboard 200 in June 2016. The forthcoming album will be the foursome’s first since Camila Cabello’s departure.